A leaflet from a group “Irish Citizens for Trustworthy E-voting” agsint the system of evoting that was used in Ireland in 2004.
An archived version of their website
Many thanks to the sender.

END_OF_DOCUMENT_TOKEN_TO_BE_REPLACED

From the run up to the 2004 European and Local Elections an information leaflet “See How Easy Electronic Voting Will Be”.
Many thanks to the sender 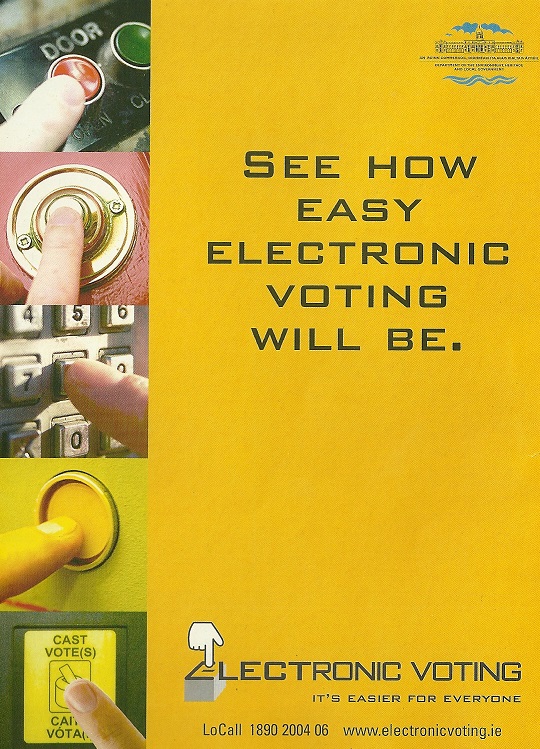 END_OF_DOCUMENT_TOKEN_TO_BE_REPLACED

Yes http://www.electronicvoting.ie/ is still online. Don’t know how much extra keeping the site alive cost but it hardly would have been free. You can even download a little demo app. 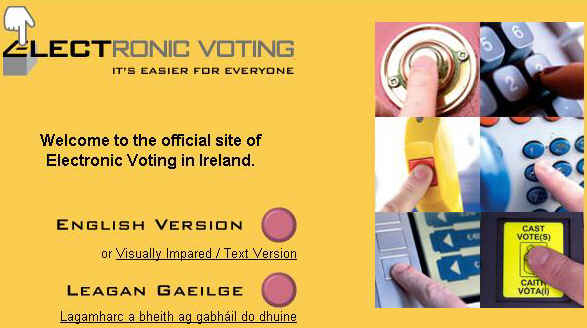 ‘Electronic Voting in Ireland -A Threat to Democracy?’-Report for Labour Parliamentary Party 2003 September 17, 2010

From 2003 when doubts about E-Voting were coming to the fore a report for the Labour Parliamentary Party by Shane Hogan and Robert Cochran entitled ‘Electronic Voting in Ireland -A Threat to Democracy?’
There is a lovely quote from the Film Gangs of New York on the front.

The Report itself gives a background to the Irish System its History, Key Components and Operating Procedures. Other areas covered include the the Voter Verifiable Audit Trail as well as possible threats.

The Report recommended “that further usage of Electronic Voting in Ireland is suspended, until”
– A Voter Verifiable Audit Trail is available to give each voter absolute confidence that their vote had been correctly recorded and counted.
– Appropriate control processes & procedures are implemented by DoEHLG, with audit & supervisory responsibility vested in an independent body.
– Integrated ‘end-to-end’ testing, including statistical analysis of the randomisation feature, is carried out to verify the accuracy of the entire system
– DoEHLG commits to providing full details of tally information in database form after each election.

I have uploaded the Report in *.PDF Format  HERE

These are interesting in that they are related to elections conducted by e-voting.

Joe Reilly gives a sample Ballot paper and instructions on how to use the machines.

Whilst Mary Wallace wants you to ‘Press the right Button’

And while we’re at it, the e-voting pamphlet that was sent out to each household in e-voting areas.