A leaflet from Clonmel based TD Seamus Healy who is running in Tipperary for The Workers and Unemployed Group. He is also running under the Right2Change platform.
Many thanks to the sender. 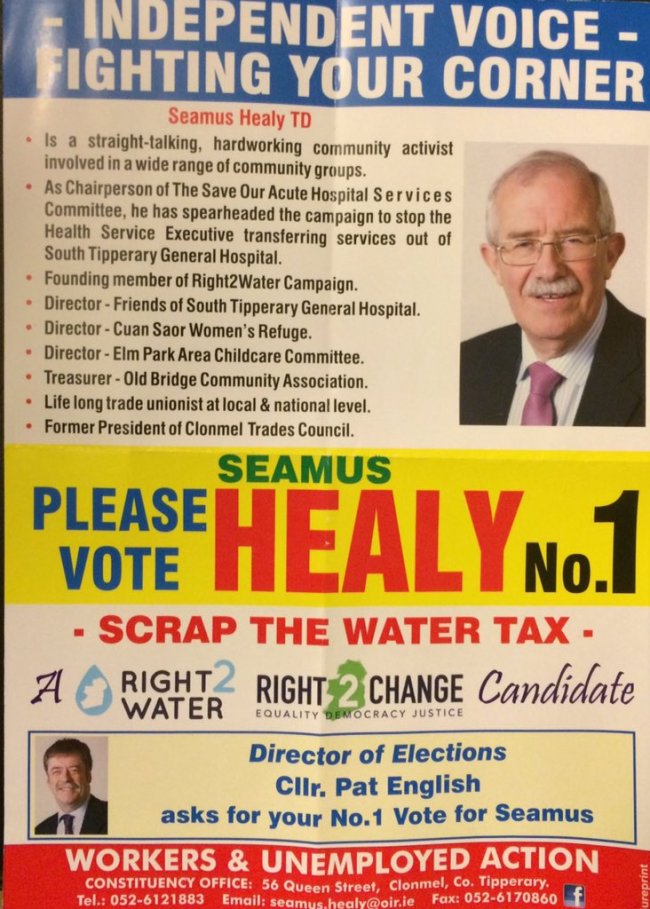 END_OF_DOCUMENT_TOKEN_TO_BE_REPLACED

A leaflet from The Workers and Unemployed Action Group for their candidates Pat English, Pearl Sheehan and Martina Maher who are all running in Cahir Clonmel for seat on Tipperary County Council.
The WUAG website
Many thanks to the sender 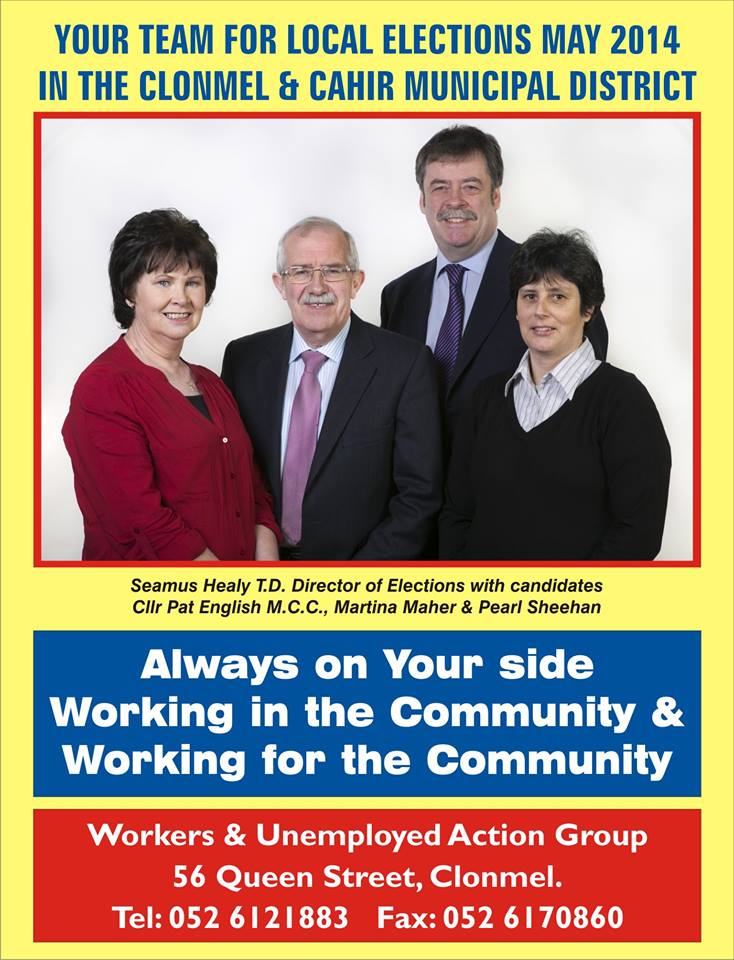 END_OF_DOCUMENT_TOKEN_TO_BE_REPLACED

From the Fiscal Treaty Referendum an”Enough is Enough. Vote No to Austerity” Leaflet from The Workers and Unemployed Action Group (WUAG).
Via the WUAG site 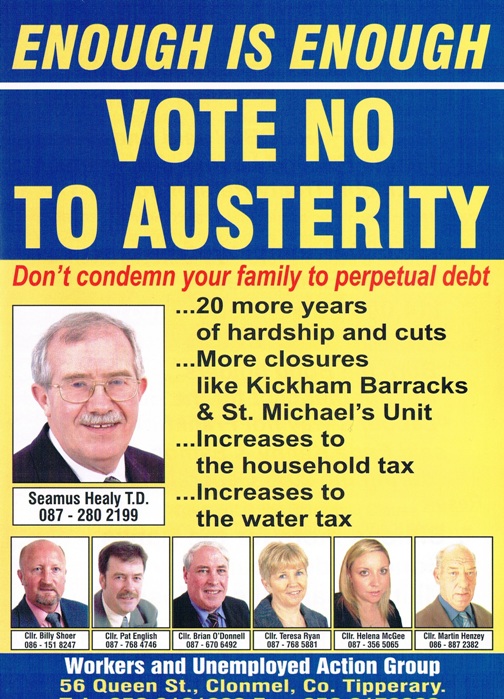 END_OF_DOCUMENT_TOKEN_TO_BE_REPLACED

Do not be misled by other candidates that ‘Healy Will Fly In’- Seamus Healy Ad-Tipperary South February 17, 2011

In reaction to the constituency poll published in last Mondays Irish Times which showed Seamus Healy winning a seat on the first count… the following ad was placed in the Local Paper.
Do not be misled by other candidates that ‘Healy Will Fly In’ 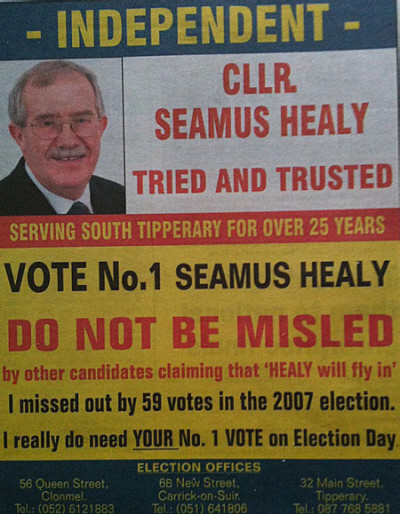 First off many thanks to the sender. An ad for Seamus Healy of the Clonmel Workers and Unemployed Action Group (United Left Alliance) running in South Tipperary. 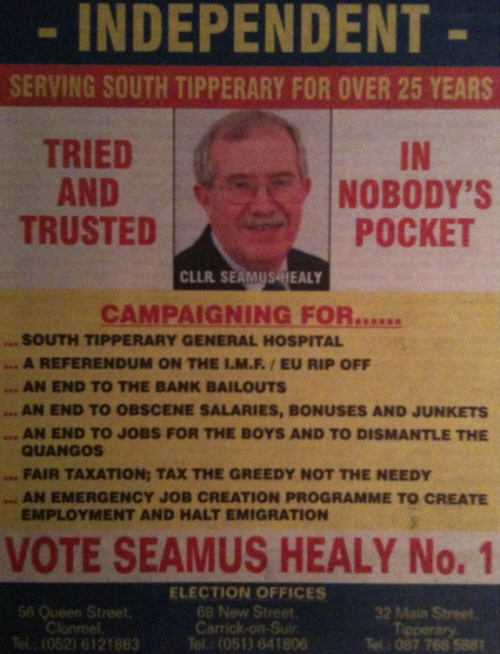 From the 2011 General Election an ad for Workers and Unemployed Movement (United Left Alliance) candidate Seamus Healy running in Tipperary South. Healy, who lost his seat in the 2007 election, is seen as having a great chance of regaining it this time around.
Many thanks to the sender.

A leaflet for the forthcoming General election from Seamus Healy of The Workers and Unemployed Action Group (WUAG).
The Clonmel based WUAG was founded in 1985 and Healy has been a Councillor for the majority of the time since. It currently has five councillors Seamus Healy, Billy Shoer ,Pat English, Brian O’Donnell and Teresa Ryan on Clonmel UDC. Martin Henzey was elected to Carrick on Suir Town Council in 2009. It also has two county Councillors.
It is contesting the forthcoming General Election as part of the United Left Alliance. It has been to the forefront of the campaign to Save Clonmel Hospital.
Apologies for the size of the print. 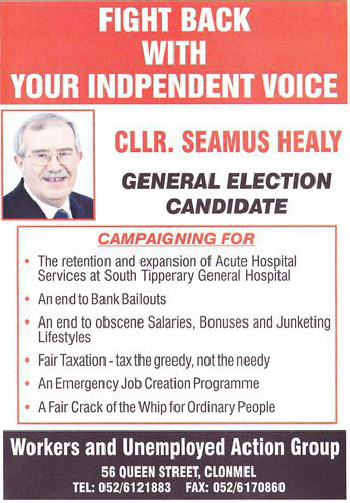