From the 1936 Local Elections a leaflet from Frank Ryan and George Gilmore who were running for Republican Congress in The Dublin North West Ward and The Dublin North East Ward. Gilmore polled 730 votes and Ryan polled 418 votes. Both Ryan and Gilmore lived in interesting times. Both had been involved in the IRA and Ryan fought in the Spanish Civil War.
Many thanks to the sender. 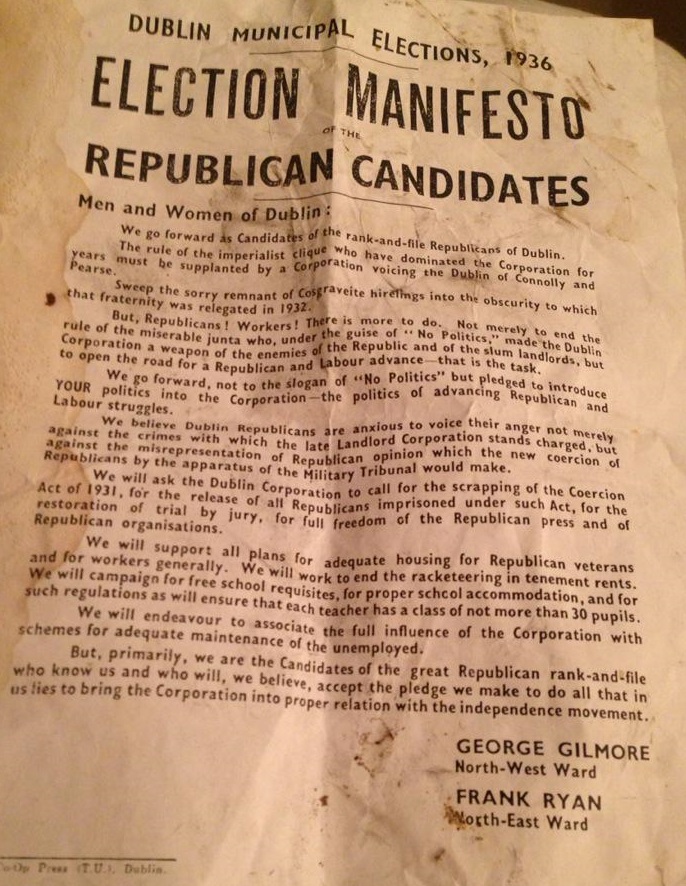 A lovely leaflet ‘Frank Conroy and The Spanish Civil War’ produced by the Frank Conroy Committee. Conroy is mentioned in the Christy Moore song ‘Vive la quinta Brigada’.
Many thanks to the sender who notes

Frank Conroy Committee held the first commemoration in December in Kildare town it went well for our first event.

A video of the commemoration 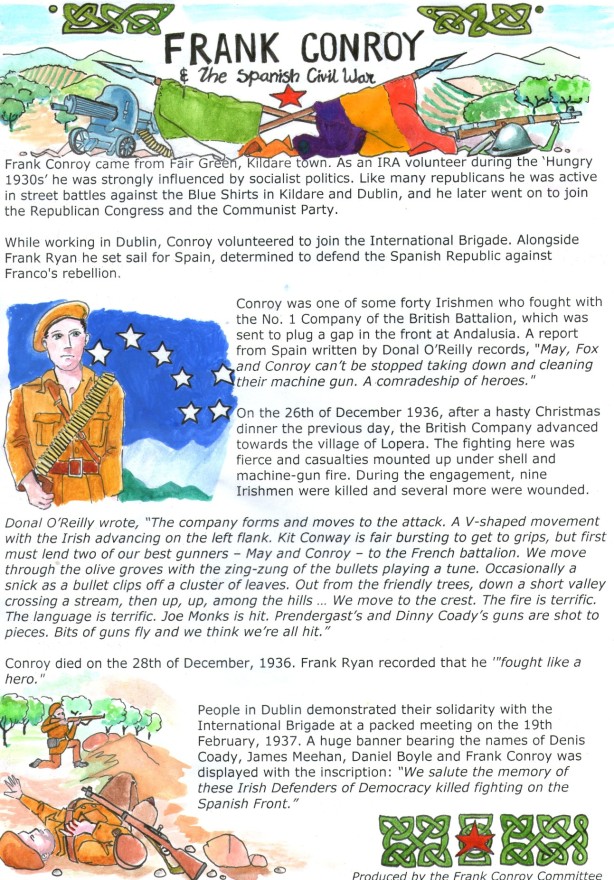 From November 1934, poster advertising a Republican Congress protest at a rally addressed by Eoin O’Duffy in the Mansion House August 31, 2012

from November 1934, a Republican Congress protest at a rally addressed by Eoin O’Duffy in the Mansion House. The Blueshirts had actually split by this stage so it was actually a ‘Fine-Gael’ splinter event! Congress propaganda against the Blueshirts tended to use both anti-fascist and Civil War motifs; so they would have accused the Blueshirts of being pro-British or pro-Empire. (In actual fact the Blueshirts tended to be the most nationalist/Michael Collins types within Fine Gael and had plenty of 1916-21 veterans among their officers). Anyway Frank Ryan and Peadar O’Donnell spoke at this I think.

77 was the number of Republican prisoners executed by the government during the Civil War. 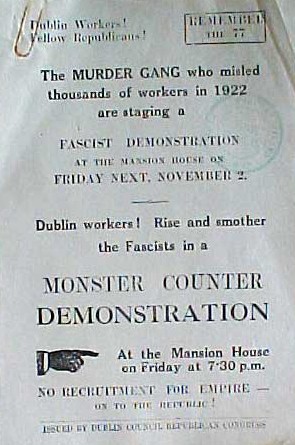