A leaflet from MLA Anna Lo who was running for the Alliance Party in the 2014 European Elections in Northern Ireland.
Many thanks to the sender. 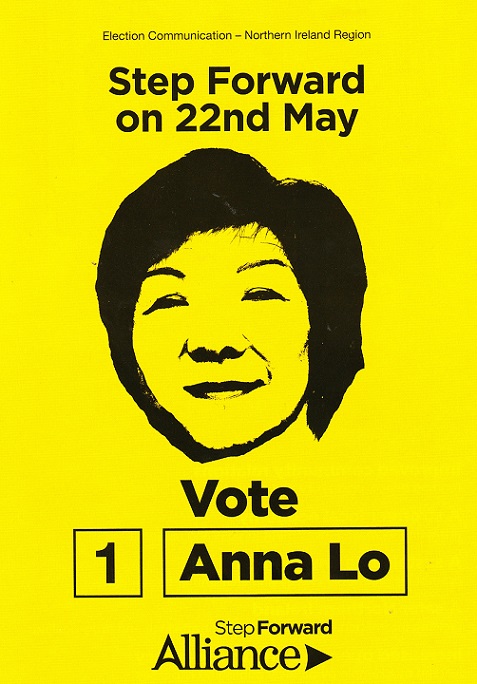 END_OF_DOCUMENT_TOKEN_TO_BE_REPLACED

From the forthcoming West Belfast By Election a leaflet from Aaron McIntyre of the Alliance Party.
The 19-years old, is studying archaeology at Queens University in Belfast, and he stood in the recent council election for Alliance in the Dunmurry Cross area.
Many thanks to the sender 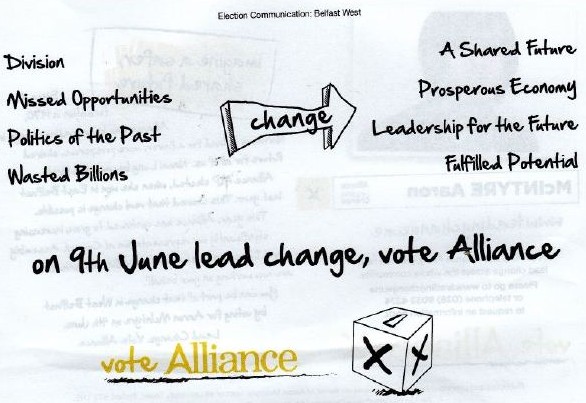 END_OF_DOCUMENT_TOKEN_TO_BE_REPLACED

From the 2011 Assembly Elections a leaflet from Alliance Party candidate Jayne Dunlop running in North Antrim. 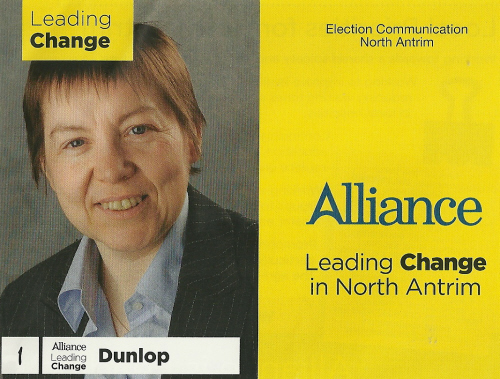 END_OF_DOCUMENT_TOKEN_TO_BE_REPLACED

From the 2010 Westminster Election. An election leaflet from Alliance Party candidate in Mid Ulster Ian Butler. Ian Butler polled 397 votes and lost his deposit.
It was though a successful election for the party as they had their first MP Naomi Long Elected. Of the material I have from the election (I’ve stuff from all the parties that contested in the North) the Alliance were the only ones to have anything other than English or Irish on their leaflets (I didn’t see any Ulster Scots anywhere). There are a number of languages on their leaflet, of which I think includes some Chinese (Cantonese?) and Polish.
Many thanks to the sender