From 2003 when Clare Daly and Joe Higgins were in Jail over Bin Charges protests a press release from Labours Hughie Baxter calling ‘for a national debate on waste charges’ , it also contrasts the way Daly and Higgins were treated with others.

END_OF_DOCUMENT_TOKEN_TO_BE_REPLACED

December 2004 Leaflet from the Coolock/Artane Campaign Against The Bin Tax May 8, 2013

From December 2004 a leaflet from the Coolock/Artane Campaign Against The Bin Tax about the computerization of bin lorries, debt collectors and more related to the Bin Tax.

In 2003 arising from their roles in the anti bin tax campaign, Clare Daly and Joe Higgins were jailed for a month. This is a leaflet issued by the Fingal Anti Bin Tax Campaign ‘Free Clare and Joe -No more jailings!’ . 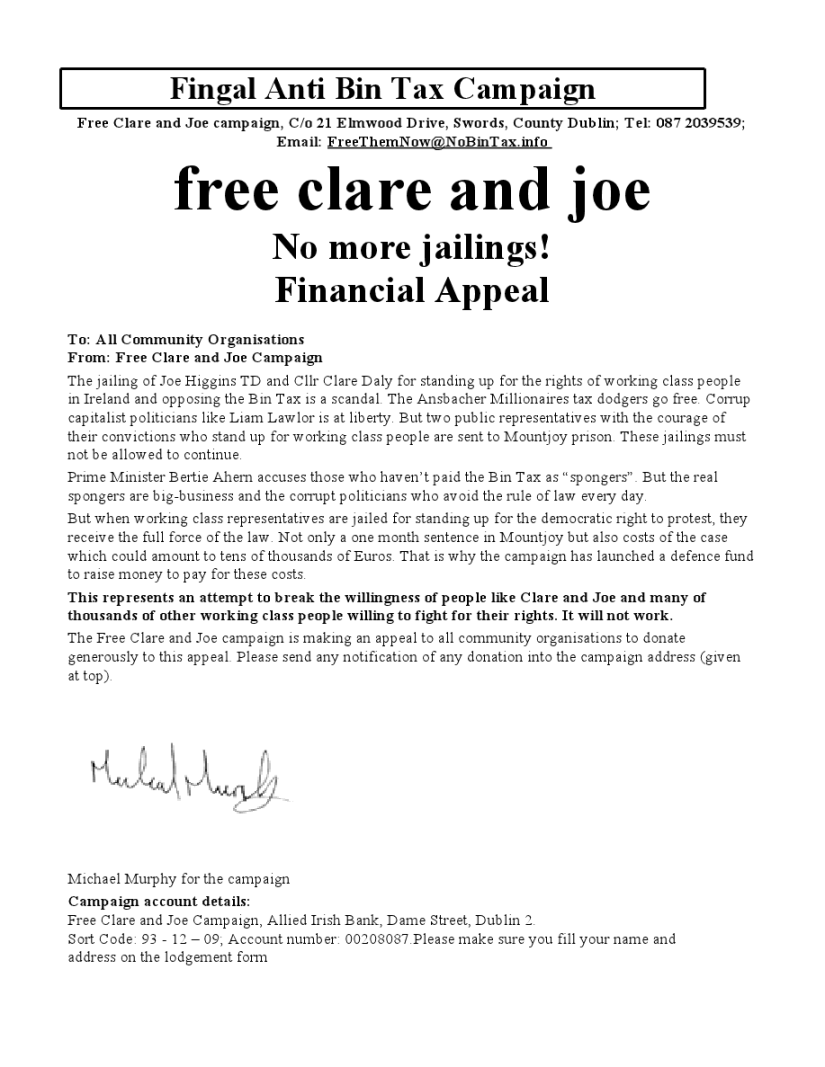 A 2003 leaflet from The Dublin Anti Bin Tax Campaign with the message
“Don’t let the Corpo Bully you -Keep up non payment”.

Brid Smith, The People Before Profit Alliance candidate for Dublin Mayor, from the 2002 General Election where she stood for the Socialist Workers Party. She got 617 votes in Dublin South Central.
In 2009 she was elected easily to Dublin City Council for the Ballyfermot Drimnagh ward.
In 2002 The Bin Tax was the main issue. We see that at that stage the Tribunals had cost more that 60 million too (and how many corrupt politicians were jailed?).
The proposed incinerator (in Poolbeg) and its viability without being subsidised by the householder is mentioned also. 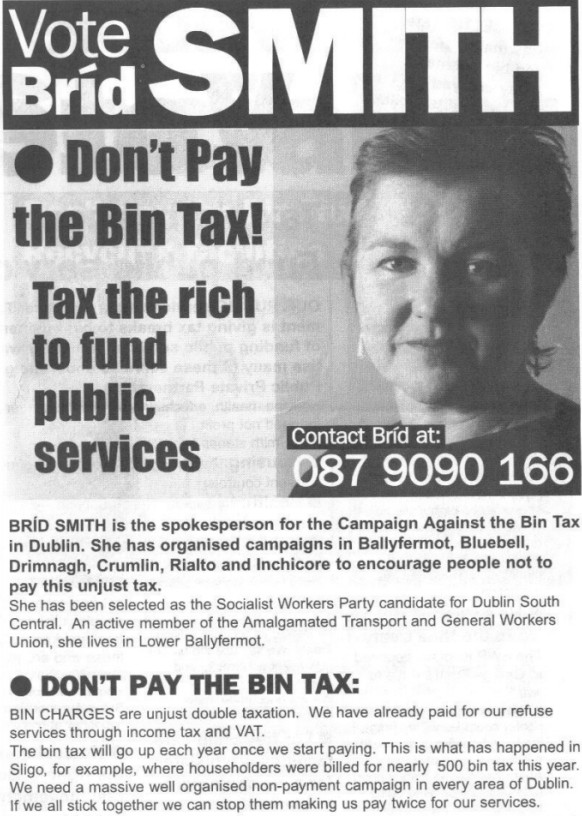