(A rerecording of the first podcast episode where the sound was awful) In the 1991 Local Elections CRAG made National Headlines when taking 4 seats on Cavan County Council. They ran candidates in subsequent elections too.

The National Group – "The Others" The Alan Kinsella Podcast

Founded in 1924 , the Party was a split from Cumann na nGaedheal caused by the treatment of Army Officers in the 1924 Army Mutiny. This episode covers the Party as well as the Army Mutiny. The Group were also known as The National League and National Party

CRAG were one of the stories from the 1991 Local Elections as they swept the boards in Cavan with all of their four candidates elected. Following that Winston Turner stood For CRAG (Cavan Road Action Group) in the 1992 General Election where he polled 1,825 votes and missed out on a seat. 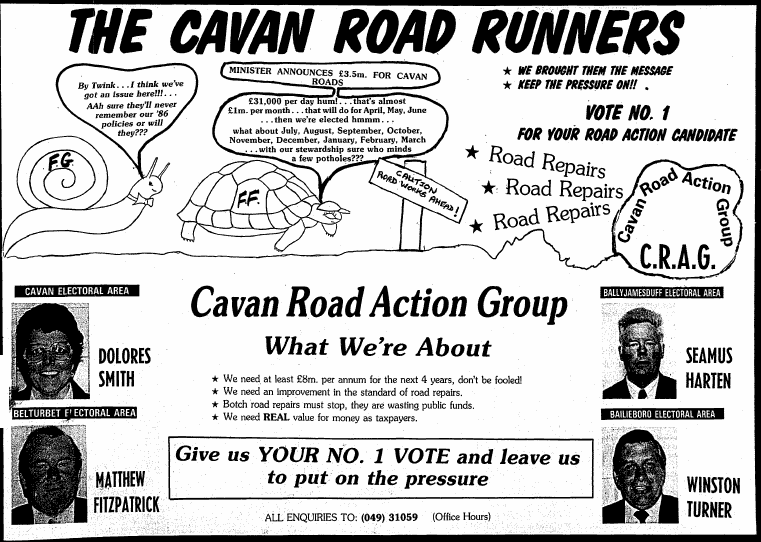