From the 1984 European Elections a leaflet from Richie Ryan who was running for Fine Gael in Dublin. The leaflet is very much European and International focused. It also contains a picture of Ryan with Pope John Paul II . Many thanks to the sender.

END_OF_DOCUMENT_TOKEN_TO_BE_REPLACED

A leaflet from Richie Ryan who is running as an Independent in Limerick City West for a seat on Limerick County Council.
He is on Twitter @RichieRyan4
His website
Many thanks to the sender

END_OF_DOCUMENT_TOKEN_TO_BE_REPLACED

From the 1969 General Election campaign an ad from Fine Gael from Womens Way Magazine. The Ad features Richie Ryan the ‘shadow minister of health an Social Welfare’ asking the question “Wouldn’t you like a better Social Welfare system?” and giving the answer in various proposed changes from Fine Gael.
Many thanks to the sender. 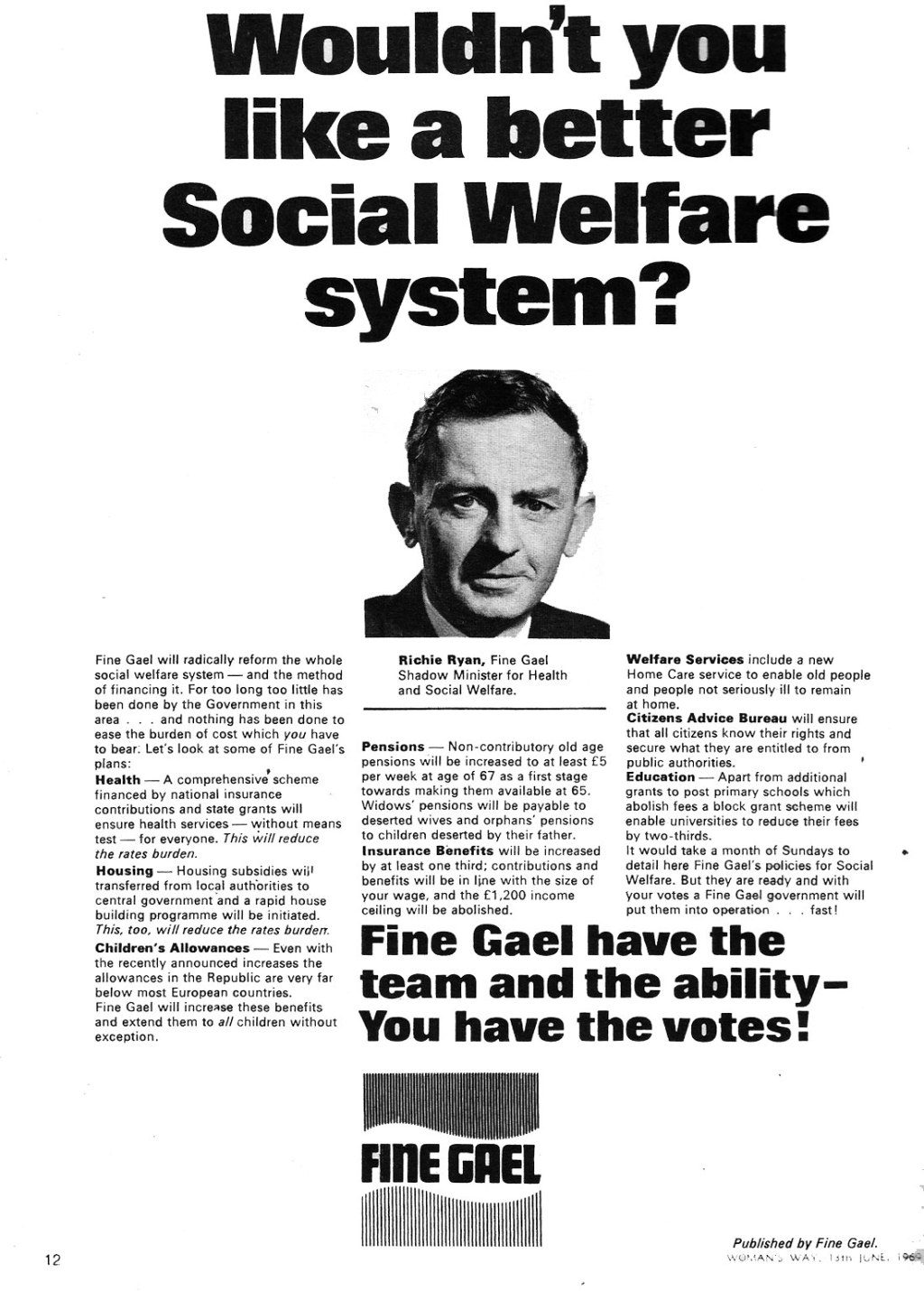 From the 1984 European Elections in Dublin “Send your Best to Europe” , a Leaflet from Fine Gael candidates Mary Banotti and Richie Ryan. Both were elected.
In 1986 Ryan resigned his seat as he was appointed to the European Court of Auditors , Mary Banotti retired in 2004 having served as an MEP for Dublin for 20 year.

END_OF_DOCUMENT_TOKEN_TO_BE_REPLACED

Mary Banotti, Grand Niece of Michael Collins, MEP for four terms and the Fine Gael candidate in the 1999 Presidential election.
Richie Ryan, elected to the Dail in 1959, probably most famous for his time as Minister for Finance in the 1973 to 1977 Fine Gael/Labour coalition. He was satirised as ‘Richie Ruin’ by ‘Halls Pictorial Weekly’. He served in the European Parliament from 1973 until 1986 when he was appointed to the European Court of Auditors. He was replaced as MEP by Chris O’Malley.
Note how Fine Gael are pushing the fact that they are part of the Christian Democrats in the European Parliament.