A September 1981 copy of Protestant Telegraph a newspaper of the Democratic Unionist Party. The cover story deals with the murder of two RUC members, inside we have articles praising the use of plastic bullets, the link between the IRA and European Communists, a short history of The DUP. Amongst other items there are articles on Sunday trading and articles critical of goings on in other (Non Free Presbyterian) Protestant Faiths.
Apologies for not being in a position to make a *.pdf of the paper. 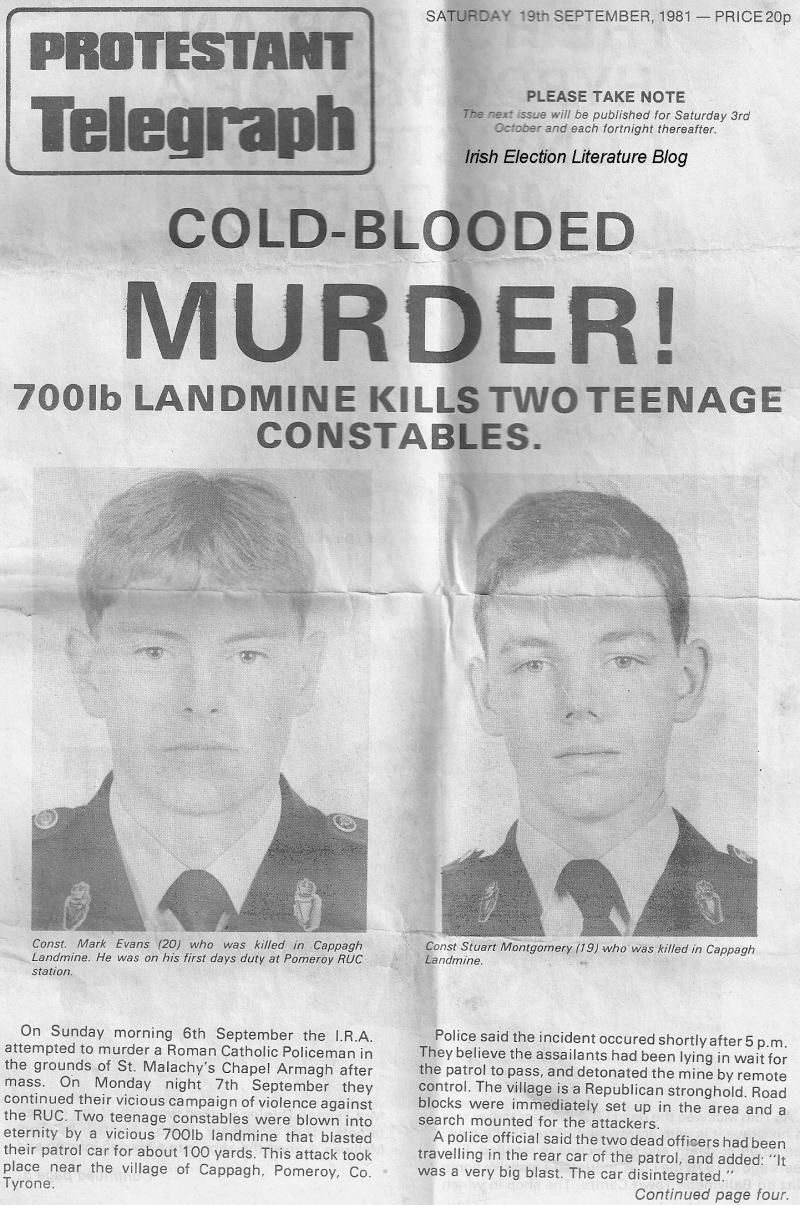