I got sent these images and many thanks to the donor. A Sinn Fein poster with The ‘People Before Profit’ Slogan.  The other posters being  ‘Join Sinn Fein for a United Socialist Ireland’ , ‘ Eire Nua- Socialist Federal Republic’ , ‘ End Unemployment – Nationalise the Banks….’
This version of Sinn Fein / Republican Clubs was the precursor of Sinn Fein The Workers Party which became The Workers Party …. 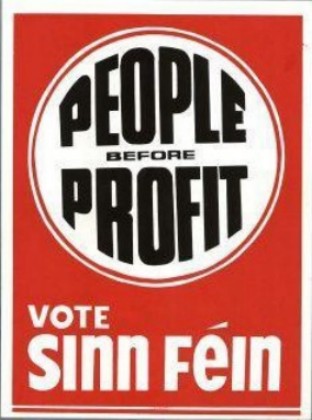 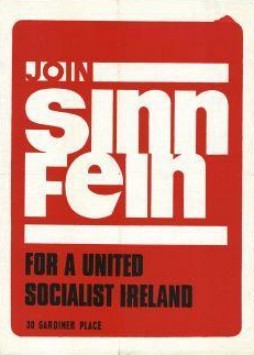