Ulster Christian Democrat Party – "The Others" The Alan Kinsella Podcast

The Ulster Christian Democrat Party contested the 1996 Forum Elections.They wanted all churches to recognise the Northern Irish state, Northern Ireland to be renamed 'Ulster', to become Independent  and be part of the Commonwealth. Their Website 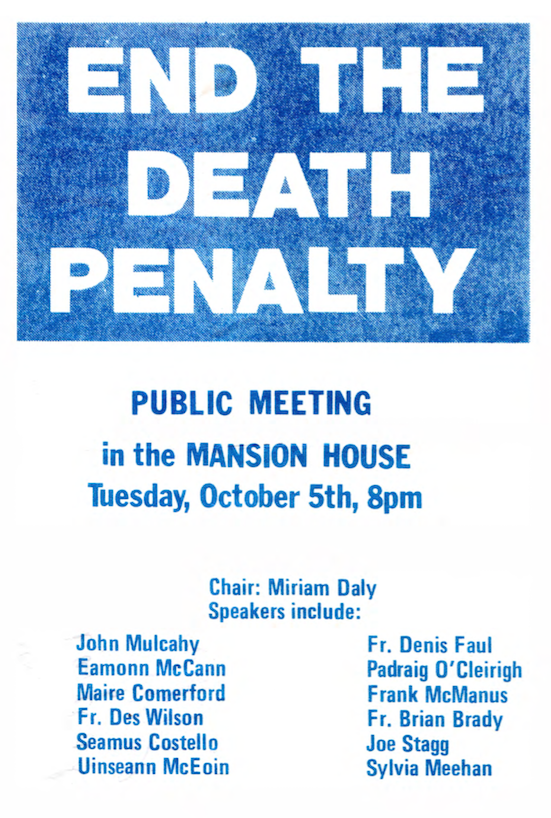 From the 1973 General Election a leaflet from Séamus Costello running for Official Sinn Fein in Wicklow. He polled 1,966 votes and missed out on a seat.
Many thanks to the sender. 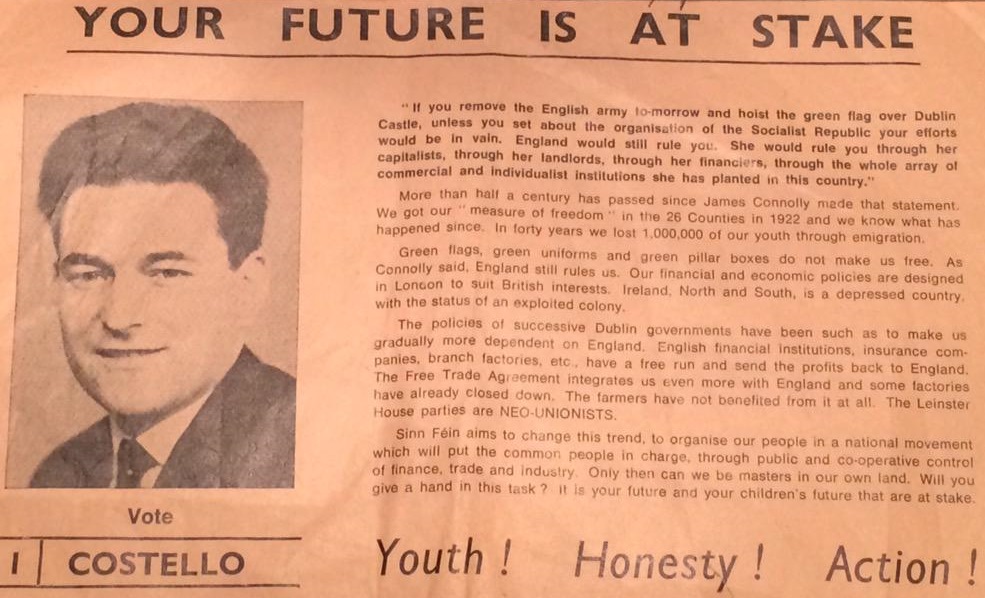 END_OF_DOCUMENT_TOKEN_TO_BE_REPLACED

Was sent (many thanks) these pages of a 2002 Edition of The Starry Plough, the newspaper of the IRSP. It was a special edition marking the 25th Anniversary of the murder of Seamus Costello.
In this post are The cover of the paper and a very interesting page which cover many things including a profile of Seamus Costello, the foundation of the IRSP and his ultimate murder, which is uploaded in PDF HERE .
(Should anyone have any of Costellos election material. I’d love to post it)
The sender notes too that “Costello was the first (and so far only) leader of an Irish political party to be murdered.” 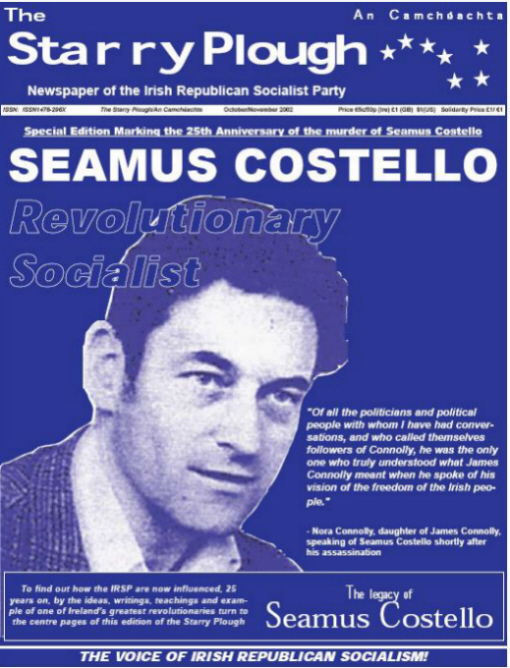