The story of the Aontacht Éireann party founded by former Fianna Fáil Minister Kevin Boland in 1971. More Republican than Fianna Fáil they were Initially popular, however the party went downhill, losing all it’s seats in the 1973 General Election and 1974 Local Elections.


From The 1969 General Election, a Leaflet from Kevin Boland, Ruairi Brugha and Jim Murphy running for Fianna Fáil in Dublin South County. Kevin Boland was elected.

END_OF_DOCUMENT_TOKEN_TO_BE_REPLACED

“Britain Must Decide To Go” a 15 page pamphlet from Aontacht Éireann in 1975 which I’ve scanned and uploaded in pdf format here
Many thanks to the sender. 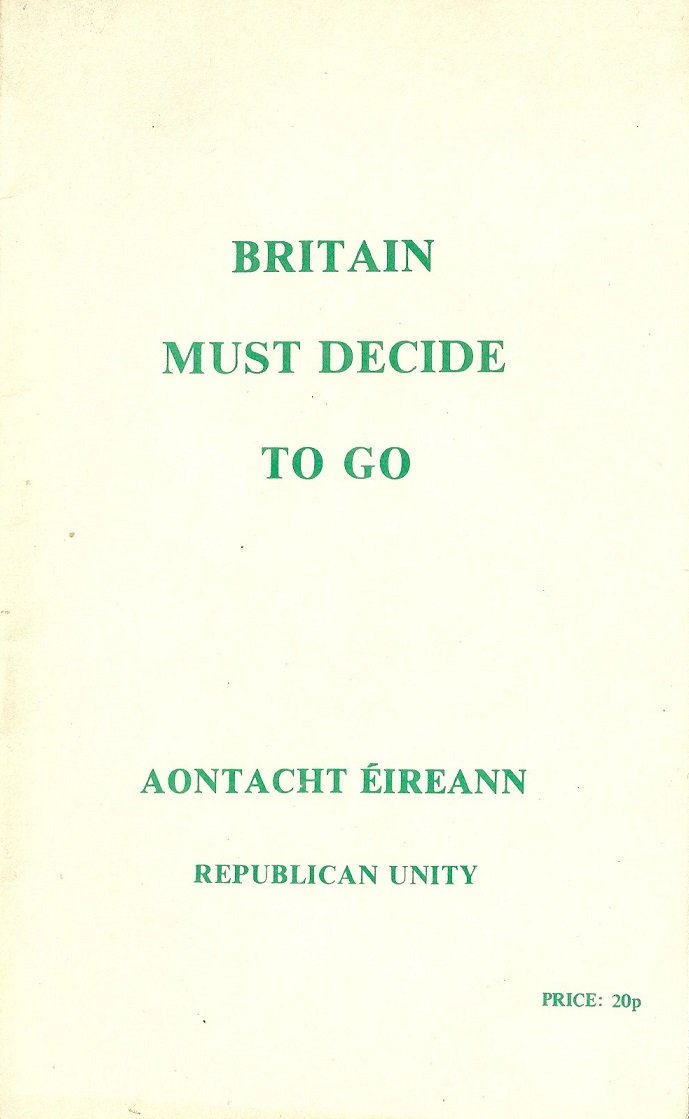 Ray (Raymond) Crottys 1989 leaflet. It was Crotty who took the case that stopped the Dail ratifying the Single European Act, so it is because of that Supreme Court Judgement we now have Referendums on all EU treaties…. How those in power must rue the day he took that case.

He was also an opponent of Irelands entry into the EEC.  The Trustees listed are a varied and interesting bunch in Kevin Boland, Hubert Butler, Desmond Fennell, Noreen Kearney, Sr Stanislaus Kennedy, Matt Merrigan and Senator John Robb. 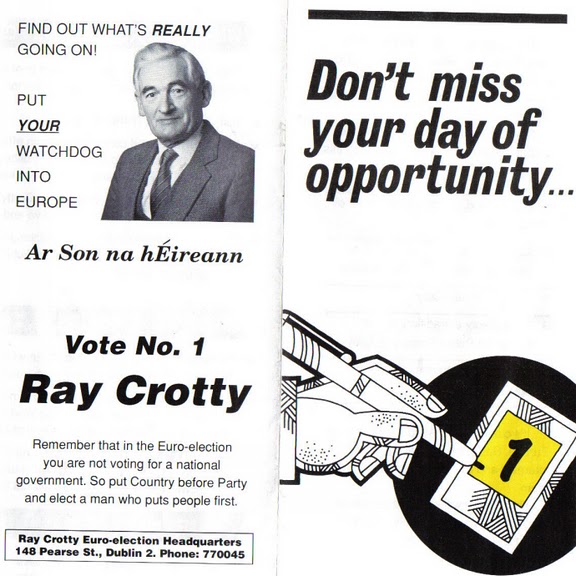