A Leaflet from Olaf Tyaransen who was running for The Cannabis Legalisation Party in the 1997 General Election in Dun Laoghaire. He polled 348 votes. Tim Murphy also ran for the party in Cork South Central polling 663 votes.
Many thanks to the sender. 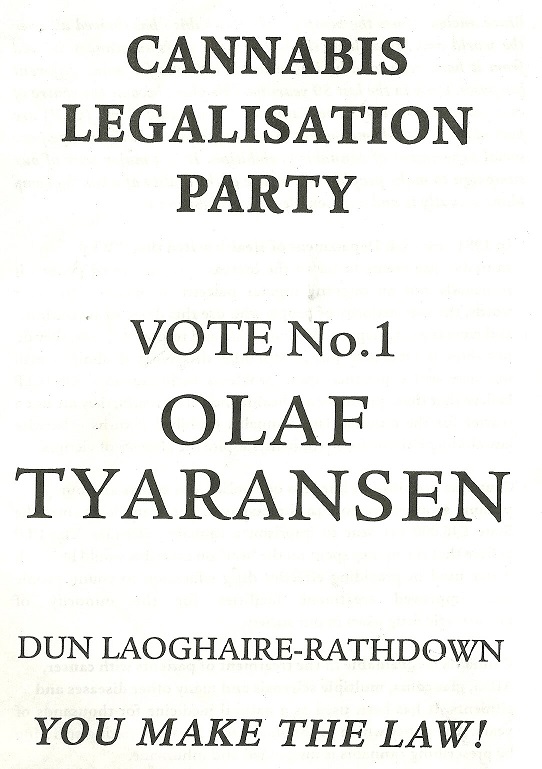 END_OF_DOCUMENT_TOKEN_TO_BE_REPLACED

A couple of ‘Ming’ posters from Luke ‘Ming’ Flanagan. They date from the 1997 General Election in Galway West and 1999 European Elections in Connaught-Ulster.
I’ve no idea who won the Frank Fahey look-a-like competition.
Ming The Merciless was campaigning for the legalisation of Cannabis at the time. He now of course is one of the most popular and respected councillors in Roscommon.

More ‘Ming’ Posters are located here.
Thanks to Liam Byrne . 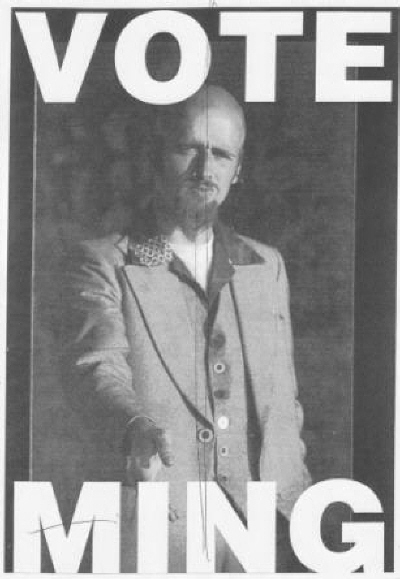 END_OF_DOCUMENT_TOKEN_TO_BE_REPLACED

Luke ‘Ming’ Flanaghan once considered a joke candidate as he campaigned for the legalisation of Cannabis and once sent a joint to each member of the Oireachtas as part of the campaign. He modeled himself on ‘Ming The Merciless’ from the Flash Gordon series.
Elected first in the 2004 local elections, where he topped the poll, he has gained a reputation as an excellent councillor which was reflected in 2009 when he was returned on the first count again.
He has a special interest in gaining recreational facilities for Castlerea. After his 2004 election, in relation to recreational facilities he was quoted “I’m not exactly looking for the Olympics to be held in Castlerea, but we are asking for something to be done.” 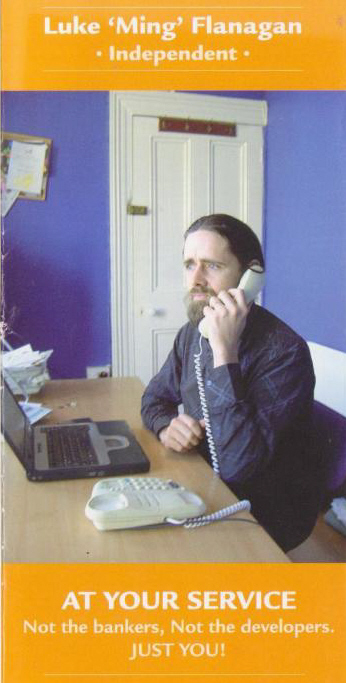