Was sent these images (many thanks). A 1927 County Tipperary Labour Bulletin. There were two elections in 1927 so I’m not sure which campaign this comes from.
Daniel Morrissey was a Labour TD, became an Independent , switched to Cumann na nGaedheal and then became a Fine Gael TD. He was a TD from 1922 to 1954.
The William O’Brien mentioned is probably ‘William X. O’Brien’ who (according to wikipedia) was “A close friend and associate of James Connolly. O’Brien helped establish the Irish Transport and General Workers’ Union in 1909, and was instrumental in the Dublin Lockout strike in 1913″….. “O’Brien was elected as TD for Dublin South at the 1922 general election, and again for Tipperary in June 1927 and again in 1937”.

The details of the campaign are covered including meetings, canvassing, transport and The Register of electors.

Apologies for the size of the text. 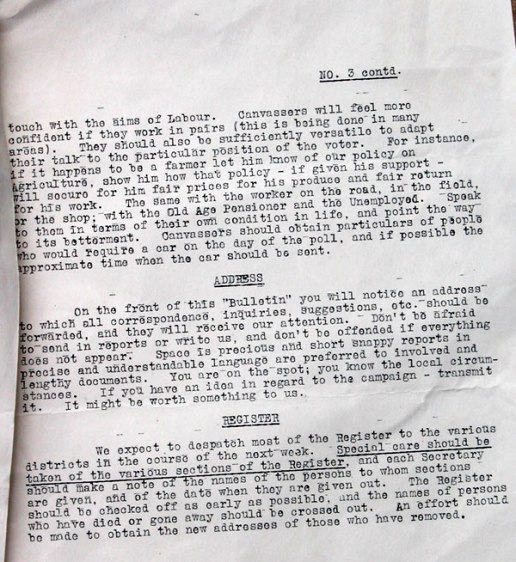