From the 1989 European Elections campaign a letter from Garret Fitzgerald asking voters to vote for Mary Banotti. He also, in what looks like an afterthought asks for a vote for Chris O’Malley (O’Malley had been co-opted as an MEP in 1986 to replace Richie Ryan who had taken a role with the European Court of Auditors).
Mary Banotti had been elected an MEP in 1984, according to the letter she was fluent in French and Italian. Banotti was another former RTE person who had entered politics. She was too Fine Gael blue blood in that Michael Collins was her Grand Uncle. She was also sister of Nora Owen.
Garret Fitzgerald had resigned as leader of Fine Gael two years previously, I think this letter was to constituents in Dublin South East.
In the 1989 European Elections,Mary Banotti held her seat and Chris O’Malley lost his. 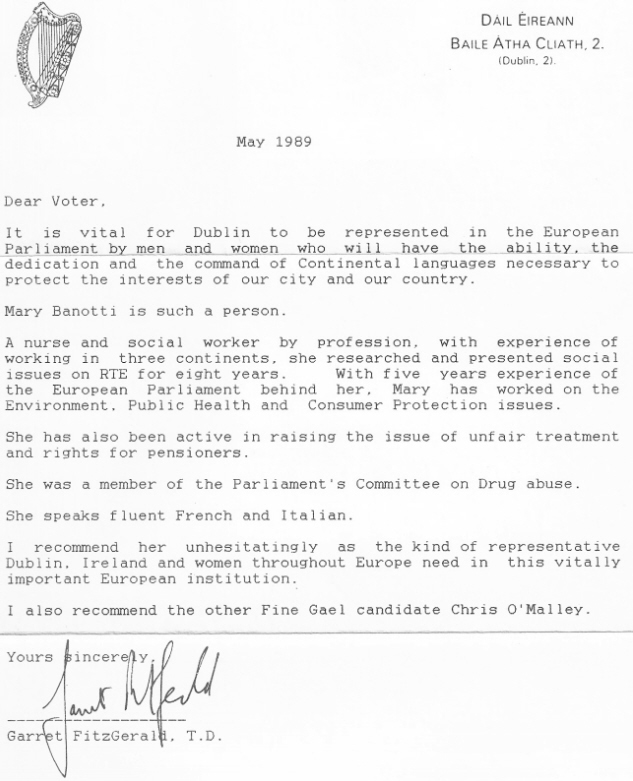