John Ryan from the 1998 Limerick East By-election (Caused by the death of Jim Kemmy). It took place on the 11th March along with the Dublin North By-election. As far as I’m aware it was the last day the name Democratic Left appeared on an Irish ballot paper.
The By-Election was won by Labours Jan O’Sullivan. Fianna Fail only got 23% of the vote.
John Ryan had been elected to Limerick Corporation in 1991 as a Workers Party candidate and there were hopes that he would build a substantial base from that.
Here we have testaments about Ryan from ‘Limerick people’ and also from the Parties top table. 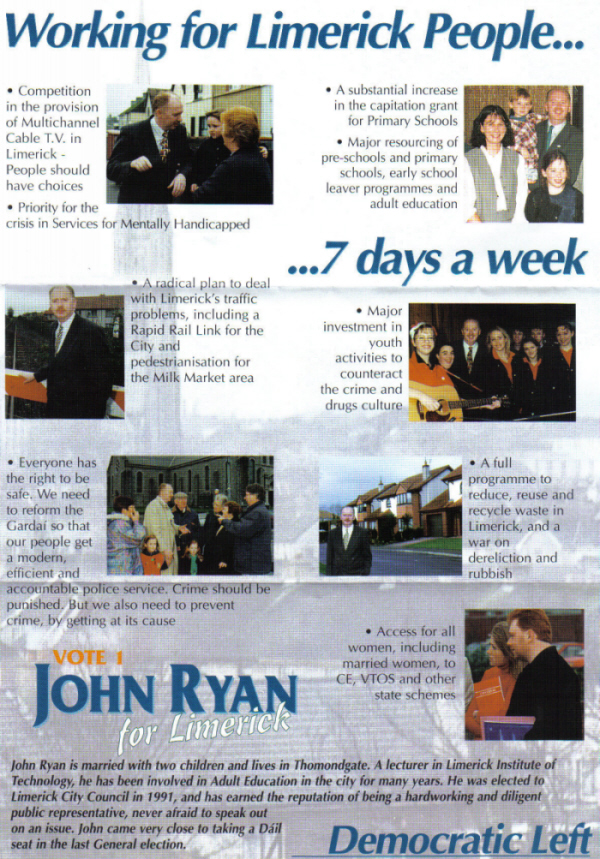