A Leaflet from the 1997 general election asking voters to ‘Vote Christian’. The National Party and Christian Solidarity Party were both Pro-Life as were the rest of the candidates listed.

Eamon Murphy in Dublin Central had been in the shortlived Christian Centerist Party, Cllr Richard Greene had a party Muintir na hEireann which had literature for that election but must not have been registered. Sean Lyons and Sean Dublin Bay Loftus would have also been Pro-Life.

All of the candidates listed, bar Sean Dublin Bay Loftus, lost their deposits. 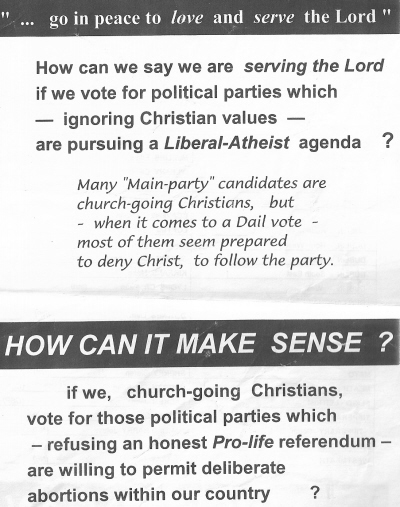