Christopher Fettes from the 1984 European Election Dublin Constituency.
Fettes is a hugely important figure in the Irish Green Party. Not alone was he a founding member of the now Green Party, It was Christopher Fettes who ‘called’ the initial meeting in 1981 that led to the foundation of The Ecology Party… which became the Green Alliance/An Comhaontas Glas and was renamed again as the Green Party/An Comhaontas Glas. 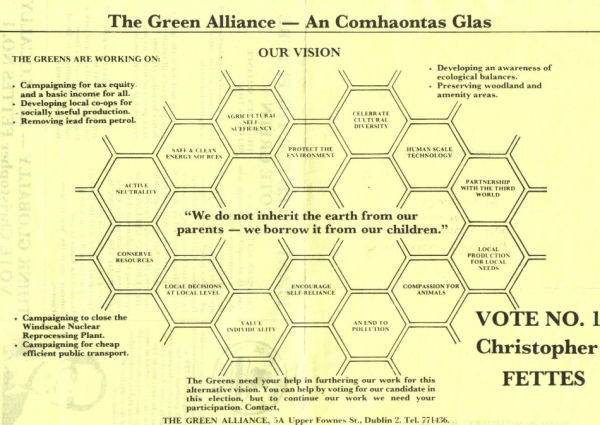