“10 Reasons to vote NO in the Children’s Rights Referendum” -Alliance of Parents against the State November 1, 2012

From the Alliance of Parents against the State  “10 Reasons to vote NO in the Children’s Rights Referendum”. 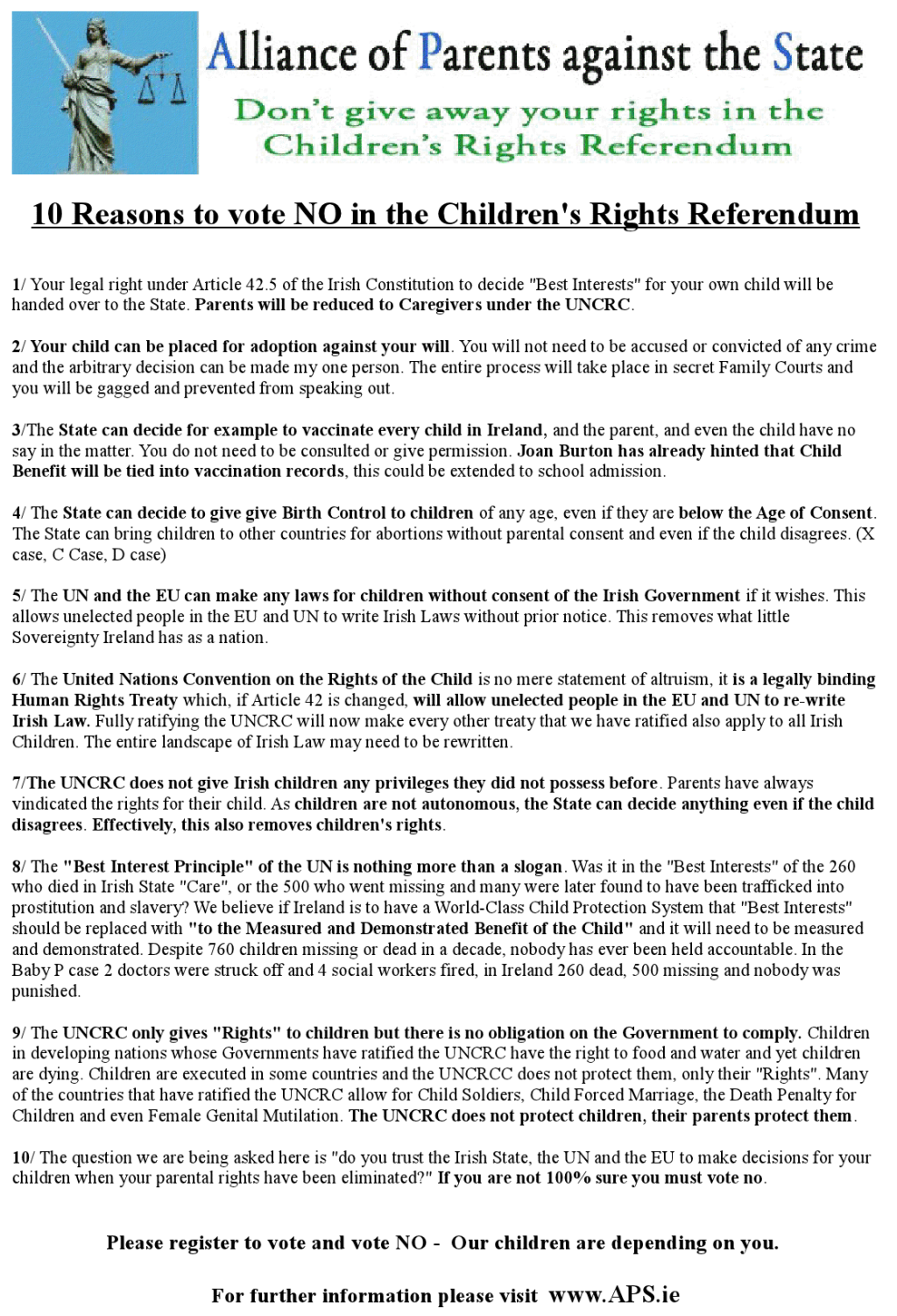 From the 2004 European Elections a leaflet for Kathy Sinnott who was running as an Independent in the South constituency. She was elected polling over 89,000 votes. She is associated with campaigning for the rights of Autistic Children.
She had previously stood in the 2002 General Election where she missed out on a seat by just six votes in Cork South Central. She also stood in the 2002 Seanad Elections. She lost her seat in the 2009 European Elections.