From the 1987 General Election a leaflet for Fine Gael Galway West candidates John Donnellan, Fintan Coogan and John O’Malley. Donnellan was elected.
John Donnellan was on the Galway 3 in a row team that won the All Ireland football title in 1964, 1965 and 1966, He captioned them in 1964. His son Michael Donnellan won two All Ireland medals with Galway.
Fintan Coogan was elected to the Dail in November 1982 but lost his seat in this 1987 election and never regained it. 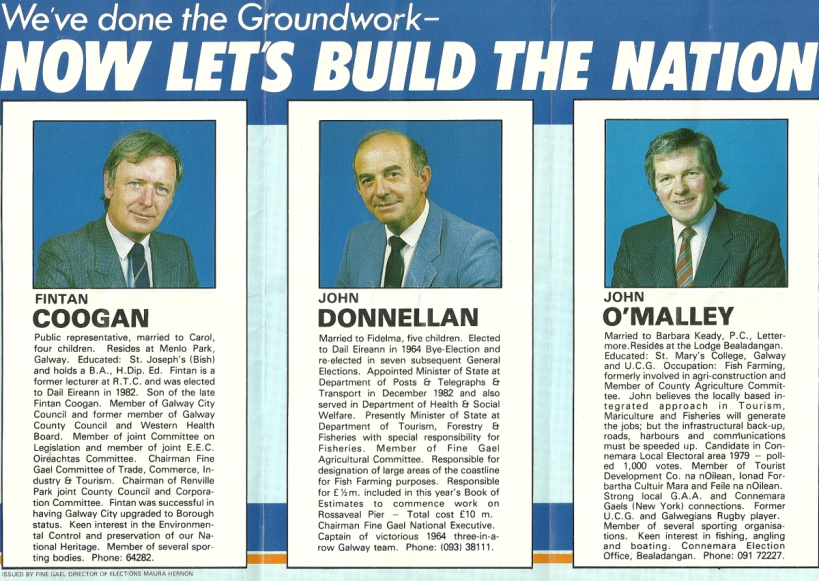