“Céad Mile Fáilte” an early 90’s leaflet from Amnesty International regarding the treatment of asylum seekers in Ireland. 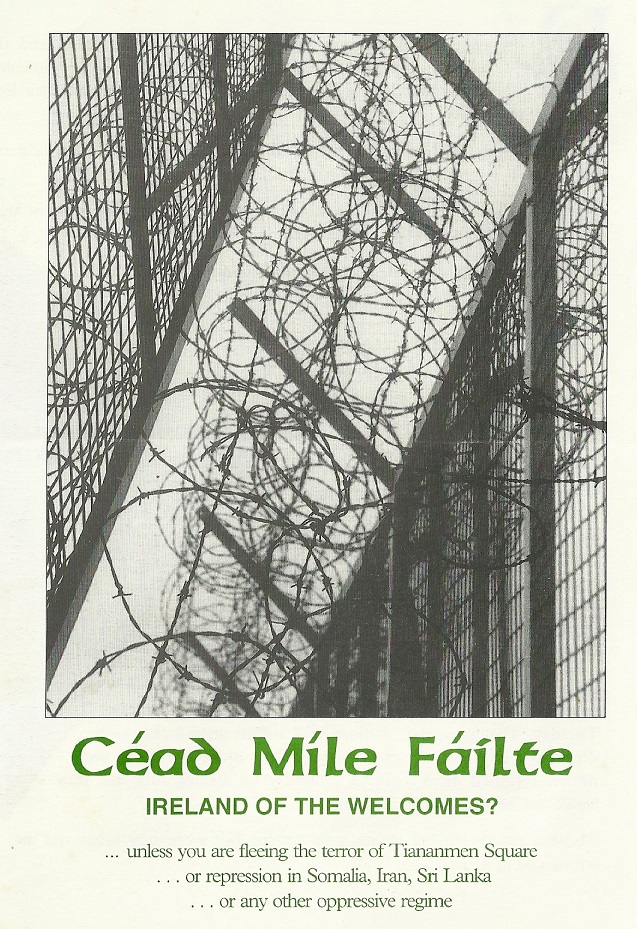 END_OF_DOCUMENT_TOKEN_TO_BE_REPLACED

From the 1985 Local Elections in the Dun Laoghaire LEA. Labour Party candidates Jane Dillion Byrne, Eric Doyle, Jack Loughran and Philip Murphy. I think only Jane Dillion Byrne (who taught me to swim many many moons ago) was elected.
Lots here too in the profiles of the candidates showing the local issues of the time and some reminders of times past.
Jane Dillion Byrne was a founder member of Amnesty International in ireland.
Eric Doyle was educated at the long closed CBS Eblana Avenue (Ronnie Drew was another past pupil).
Jack Loughran had fought for Dun Laoghaire harbour to be under democratic control and developed for all.
Philip Murphy campaigned against payment of compensation by Local Authorities to disappointed developers.