A bit of Sporting History , The Match Programme for the clash between a Shamrock Rovers XI and the then reigning World Cup Winners ,Brazil. The historic friendly match saw Brazil play a team of players from both the Republic of Ireland and Northern Ireland. Unable to officially call themselves an “All-Ireland” team, they were called a “Shamrock Rovers All Ireland XI” and played in Rovers colours.
I’ve scanned and uploaded the Match Programme in pdf format here 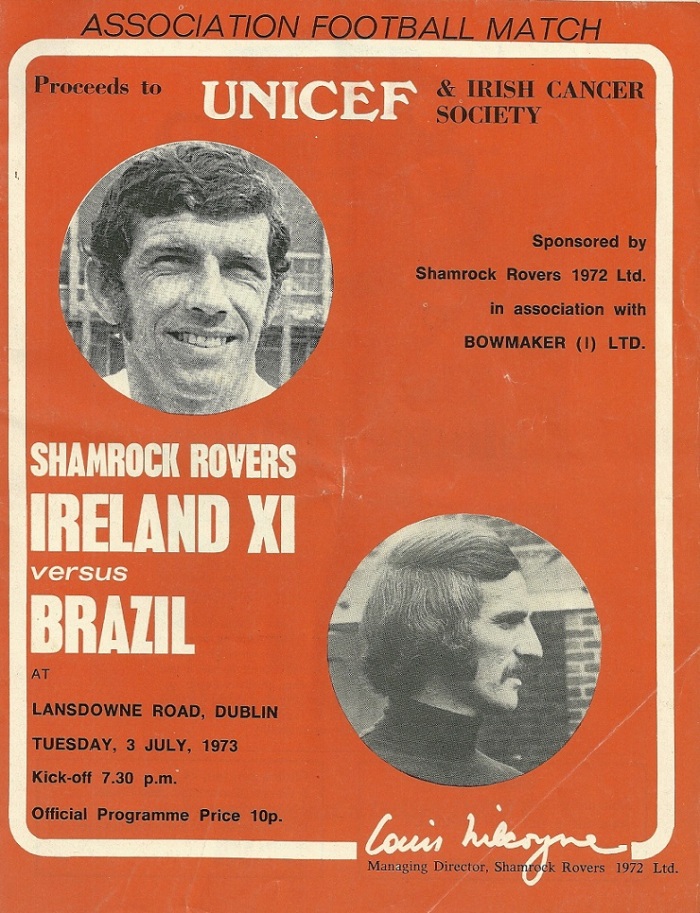