From the 1984 European Elections an ad for Fianna Fail Connaught Ulster candidates Ray MacSharry and Sean Flanagan, with a cartoon of Dick Spring and Garret Fitzgerald beside the headline “Don’t let them sweep your jobs aside!”
Both MacSharry and Flanagan were elected. MacSharry served as an MEP until 1987 when he resigned due to his appointment as Minister for Finance. Mark Killilea was co-opted to replace him.
You might also notice that Fianna ail were part of the “”European Progressive Democrats” 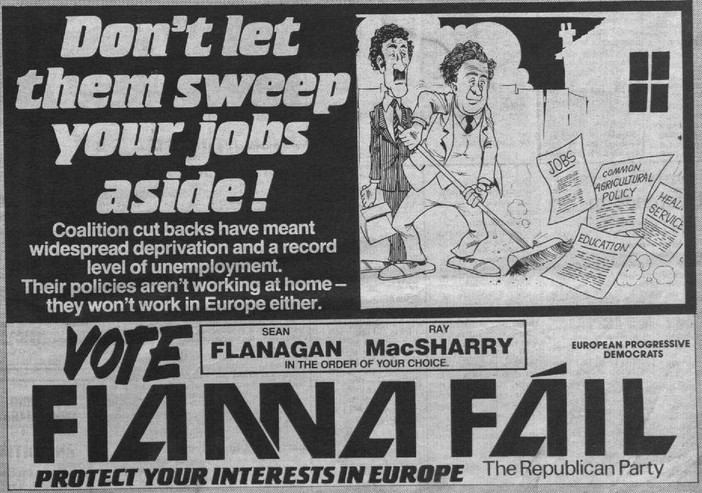