The now editor of The Irish Times, Geraldine Kennedy running for the Progressive Democrats in the 1989 General Election in Dun Laoghaire. Having been elected in the 1987 General Election in the wave of PD success, Geraldine Kennedy lost her seat in this 1989 General Election.
You will see reference to Mr Haughey getting an overall majority, a theme later revisited with success in 2002 due to their ‘Single Party Government – No Thanks’ posters and leaflets. Also covered are local issues such as the Shankill bypass and Dun Laoghaire Harbour.
You will also notice The ‘agreed agenda for action with Fine Gael’. Its forgotten now but the PDs went into the 1989 election with a pact with Fine Gael. 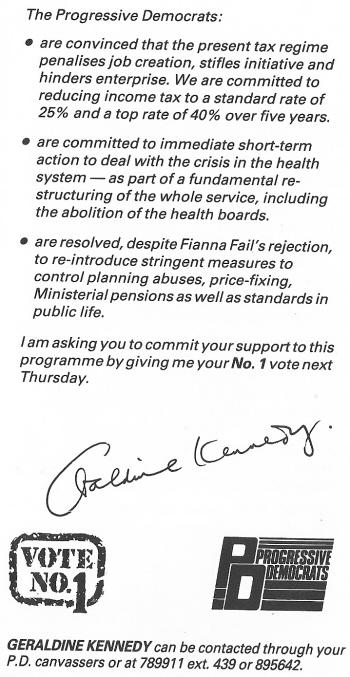 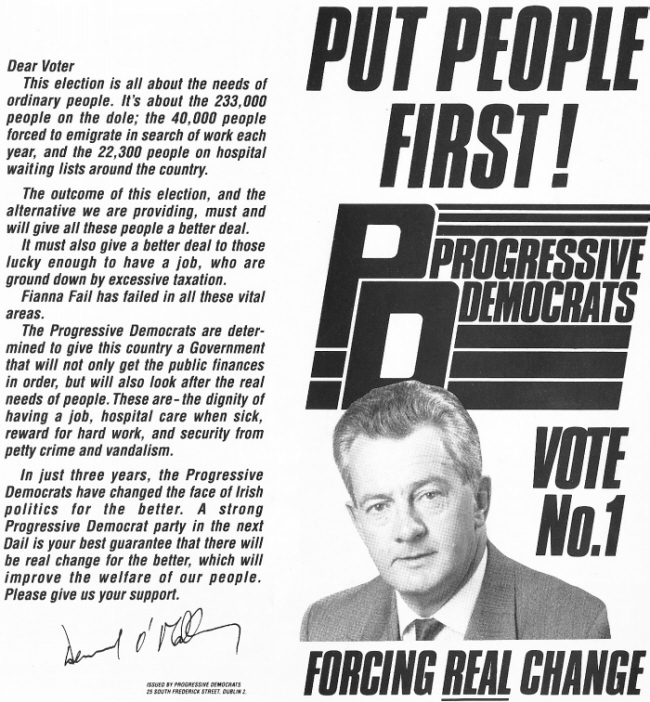