Another Judge who had a Political Career was Pat McCartan. Elected initially in 1987 for The Workers Party, he retained his seat in the 1989 General Election.
McCartan was One of the Six TDs that formed Democratic Left in March 1992. This Leaflet is for the Novemver 1992 election where he lost his seat. The list of organisations he is associated with is very much of the time, CND, The Irish Anti Apartheid movement etc. The DLs 7 point plan is there also. 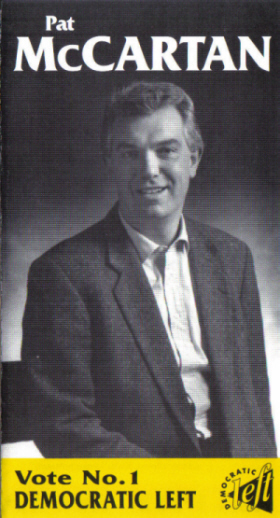 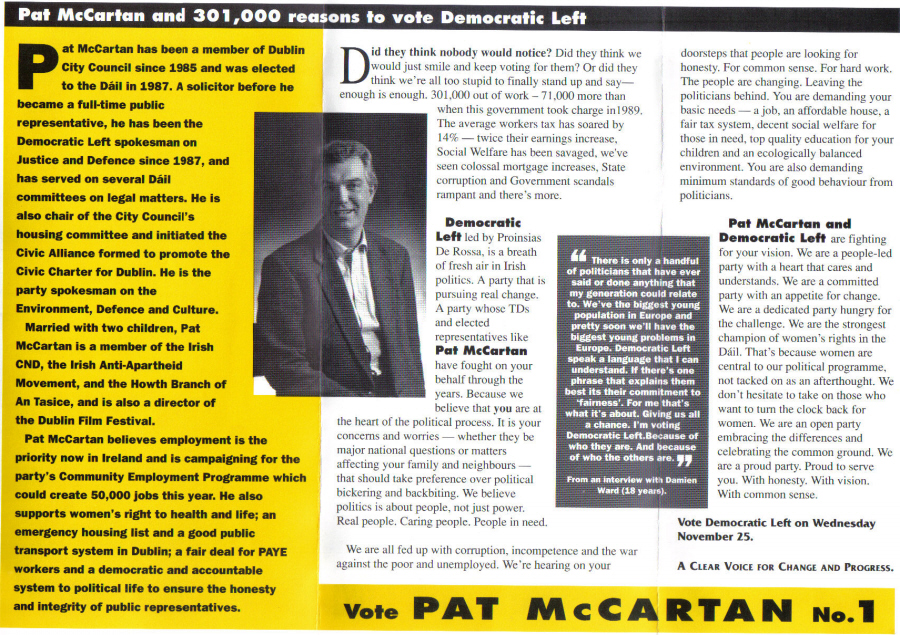 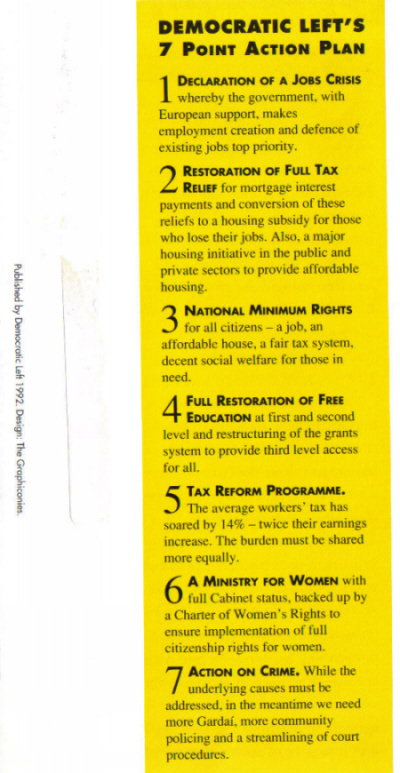