From late June 1981 a leaflet issued by the Dublin7/ Cabra H-Block Group “Don’t Let More Prisoners Die In The Blocks” .At this stage four of the Hunger Strikers had died. Bobby Sands, Kieran Doherty and Paddy Agnew had all been elected to The Dail or Westminster. The leaflet also advertises activities that were coming up. 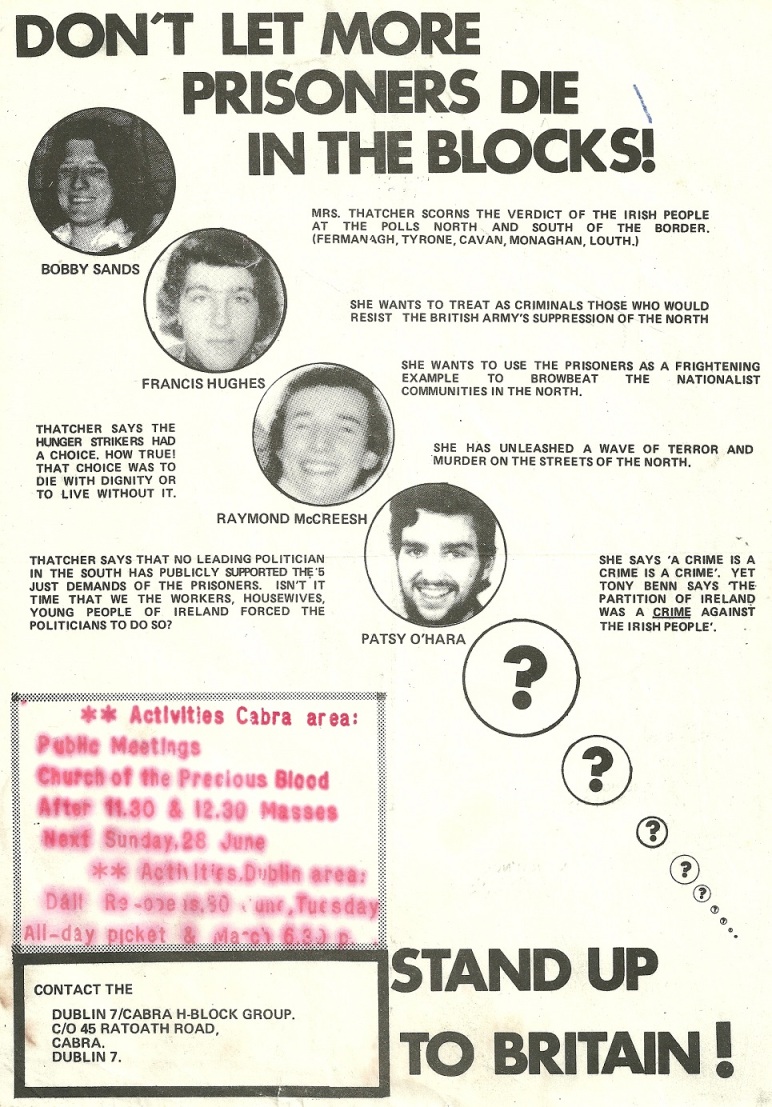