From the 1991 Local Elections, “Green ‘Boro’ issue 4” The Newsletter from The Central Dun Laoghaire Borough Green Group. It gives details of objections for plans for the Harbour Board Plan for the West Pier. It also lists the candidates in the 3 Borough LEAs, Bloackrock, Dun Laoghaire and Blackrock. I’ve scanned and uploaded it in pdf format here
Many thanks to the sender 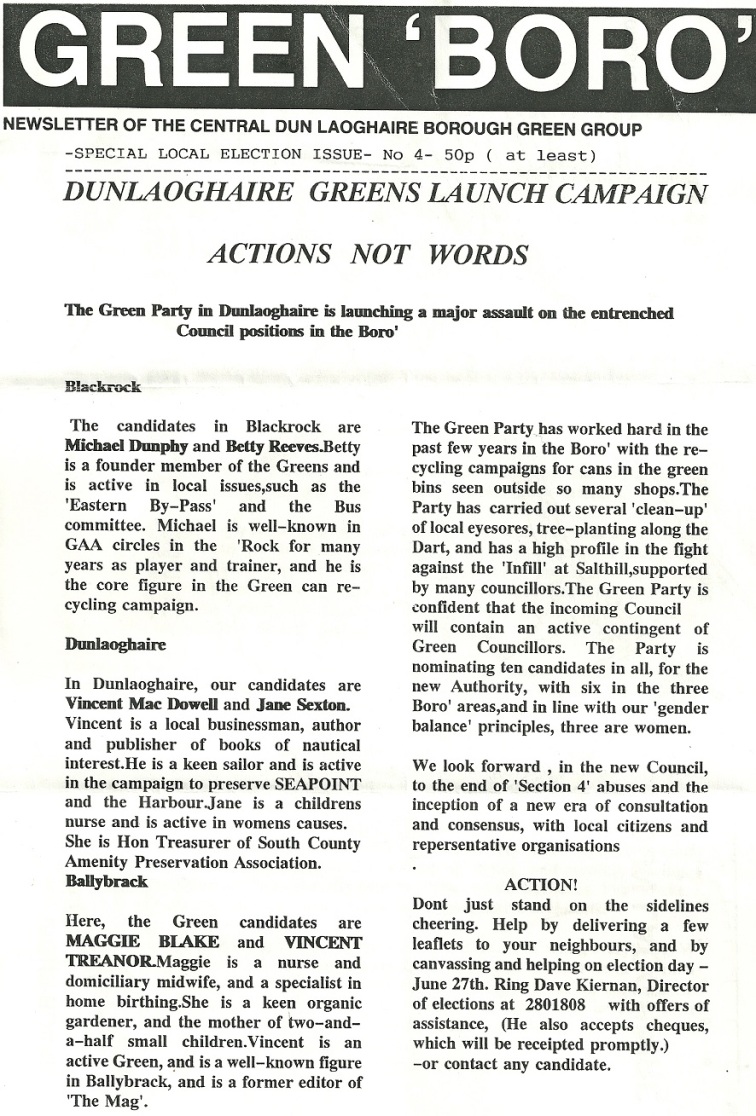 In the 1991 local elections in the Blackrock Ward, the late Betty Reeves was elected to the council having polled 491 First preferences, well short of the 1,623 quota. She served one term. As written on the leaflet she was a founder member of the Green Party. Her niece is married to John Gormley. I think the Newtown Park/ Carysfort bus committee was to do with the lack of service and the state of the buses used, on the 6 and 6A routes.
In 1991 Greens were still thought of as outside the mainstream, yet here we had a candidate Michael Dunphy who ran his own business, was an active member of the GAA and so on.
Amongst the issues covered are ‘The Owen Rua proposals for a huge infill and a 630 unit luxury housing estate out in the bay” and opposition to ‘Dalkey gun club’….