A unusual election promise in a flyer from Pat Fouhy who was running as an Independent in Fermoy for a seat on Cork County Council. He polled 396 votes and missed out on a seat.
Many thanks to the sender. 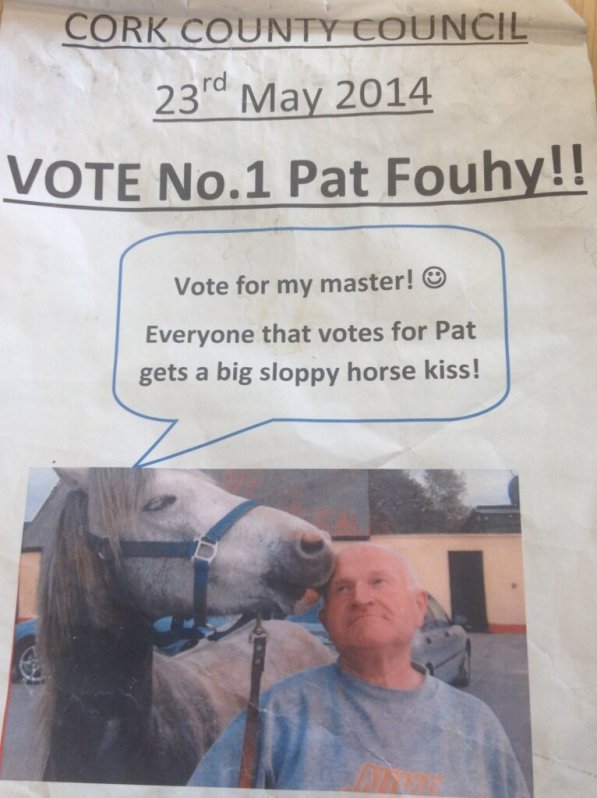 From the 1957 General Election campaign “Export of Horses and the General Election” from the Irish National Campaign against the Export of Horses for Slaughter.
This group wanted an abattoir to be set up here for the killing of ‘redundant horses’ as it would eliminate cruelty and create jobs. Amongst the candidates listed as supporting the abattoir were Noel Browne, Sean McBride and Jack Lynch.
I’m not sure if an abattoir for ‘redundant horses’ was ever set up.