Sean Misteil – Labour Councillor in Blackrock ( who had been co opted to replace Niamh Breathnach) urges voters to Vote for Adi Roche for President. Increasing his own profile in the process. He lost his seat in 1999. 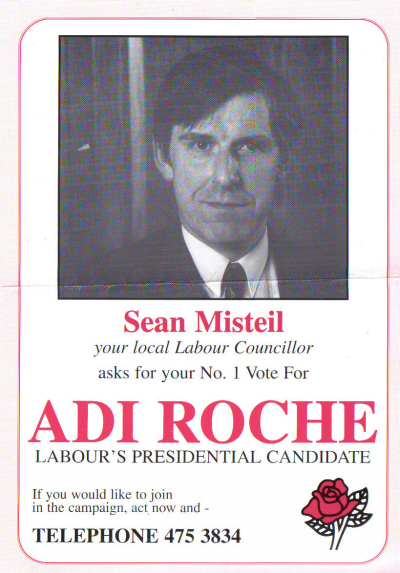 Adi Roche, the highly respected Founder of The Chernobyl Children’s Project ran in the 1997 Presidential election. She  had been nominated by the Labour Party, Democratic Left and Green Party.

She was expected to do well and was an early favourite to replace Mary Robinson. However stories of Bullying by a former workmate surfaced during the campaign and her chance went.