From the 1951 General Election a leaflet from Labour “Social Security -What Mr. Norton’s Bill Means To You” 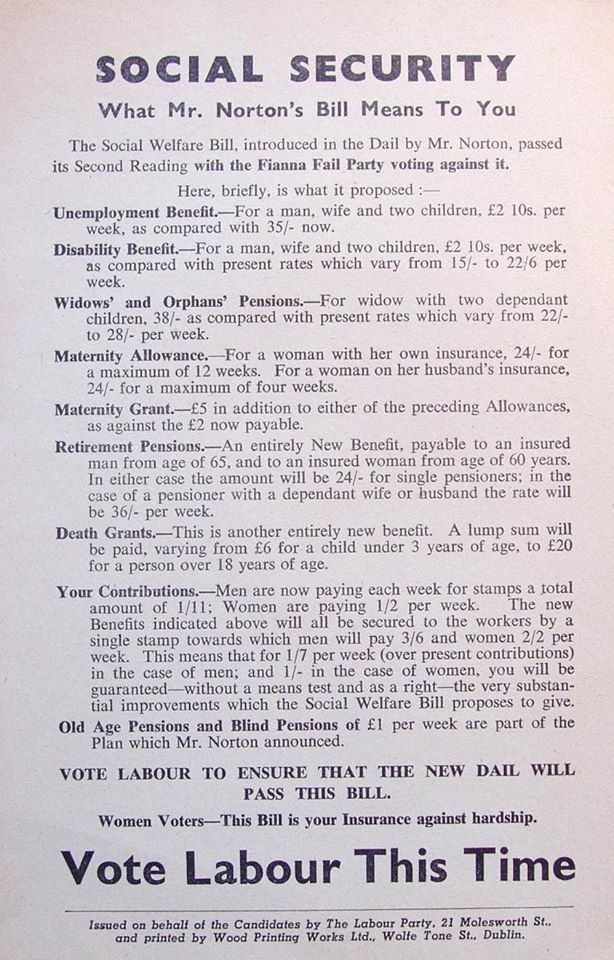 From the 1951 General Election a Labour Ad showing the benefits of the 3 years Labour had been in Government. 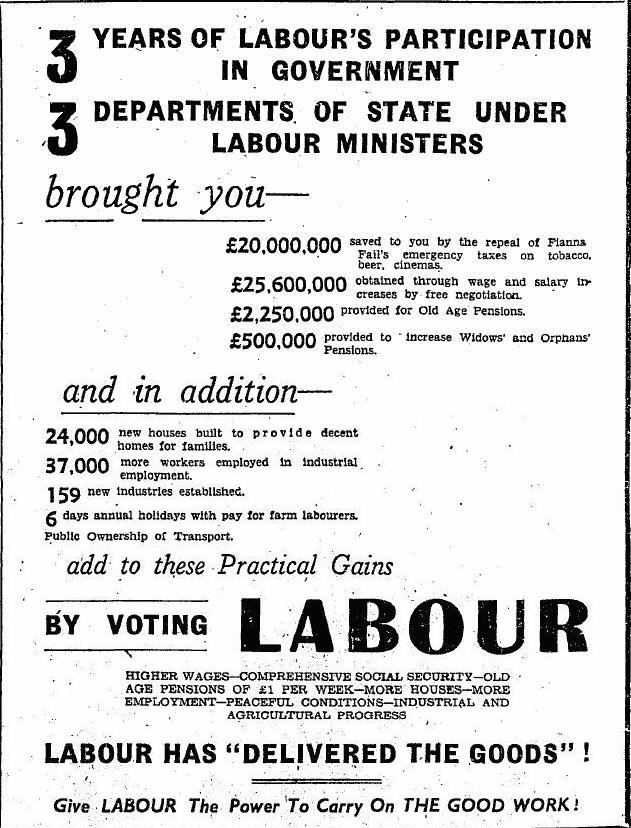 From the 1951 General Election campaign “Fianna Fail – for the Workers!” where Fianna Fail outline the benefits workers enjoyed under Fianna Fail.

From the 1951 General Election “For your family’s sake…. Vote Fine Gael”. The achievements of the Inter Party Government in relation to the family are listed. The focus on the family was I’m sure in part a reaction to the furore caused by the Mother and Child Scheme.
At the bottom is the message “Get full value for your vote by continuing your preferences for all the Inter-Party Candidates”
You would have got great value for your vote as the other Inter-Party candidates would have included those from the Labour Party, Clann na Poblachta, Clann na Talmhan , the National Labour Party and some Independents. 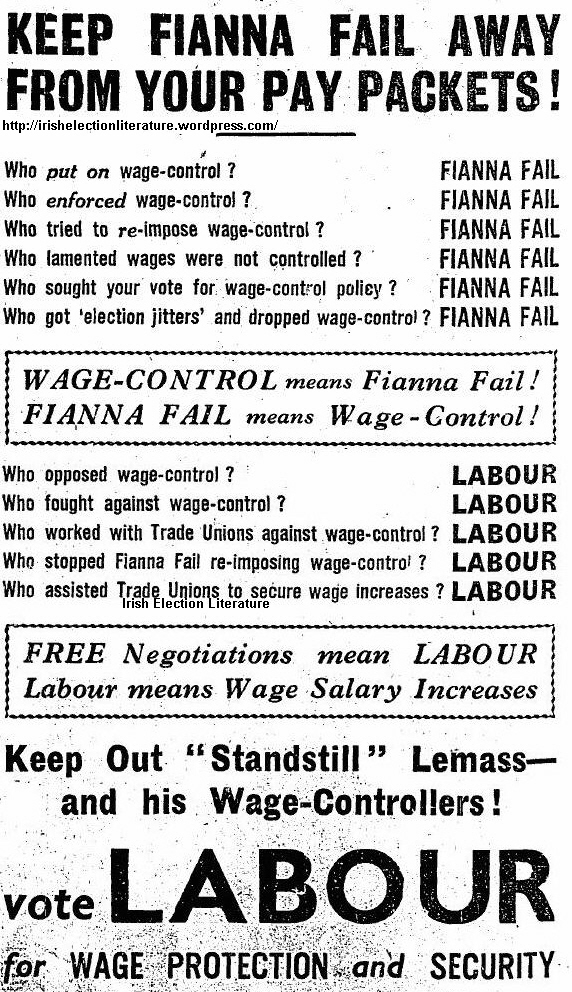 Found this old pic at home (I have also seen it in various books on Listowel and North Kerry).
This is a photo of a rally held in Listowel for the election of ‘Tom Doodle’. Prior to the 1951 General Election John B Keane had set up a fictitious political party, the Independent Coulogeous Party, complete with a fictitious candidate, Tom Doodle, who appeared at a ‘Monster Rally’ in Listowel. The picture is from that rally.

A Fergal Keane article about Tom Doodle explains it all… or almost all.

Theres also a short youtube clip of John B Keane talking about Tom Doodle.
I’ve also attached a pic of a class in Listowel taken during the fifties. Notice how many boys are shoeless… 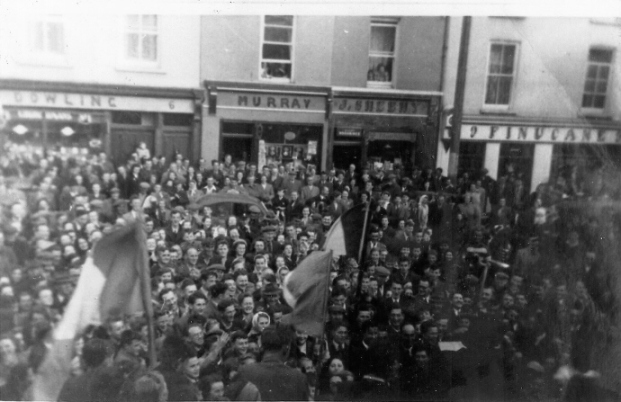