From the 1987 General Election a leaflet from outgoing Taoiseach , the late Garret Fitzgerald, the late Joe Doyle and Willie Egan running for Fine Gael in Dublin South East.
After five years in government, the Slogan for the election was “We’ve done the Groundwork -Now Let’s Build the Nation”.
Fitzgerald topped the poll but was unable to bring in either of his running mates as Joe Doyle lost his seat. 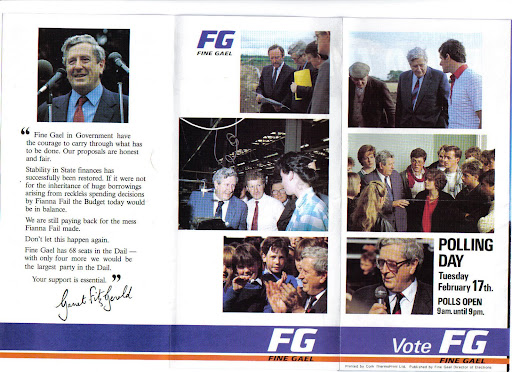