From the 2011 General Election an election leaflet from Independent candidate (and former PD councillor) Councillor Victor Boyhan running in Dun Laoghaire.
Interestingly, a page of it is taken up with a message of support from Paul McGrath. McGrath and Boyhan spent many years together in the “Birds Nest” home on York Road in Dun Laoghaire and later down in Monkstown.
In McGraths acclaimed book “Back from the Brink” Victor Boyhan gets a number of mentions. Including “…he became one of the most outspoken voices in ensuring that Smyly Trust Homes would be covered under the State Redress Scheme, investigating the abuse of children.“ 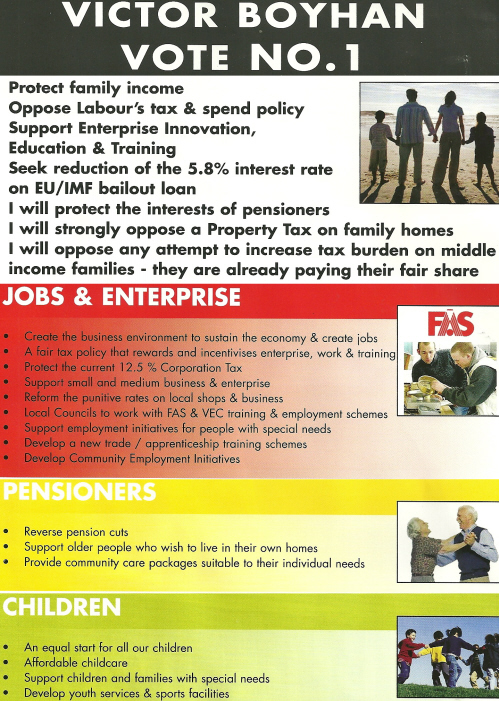 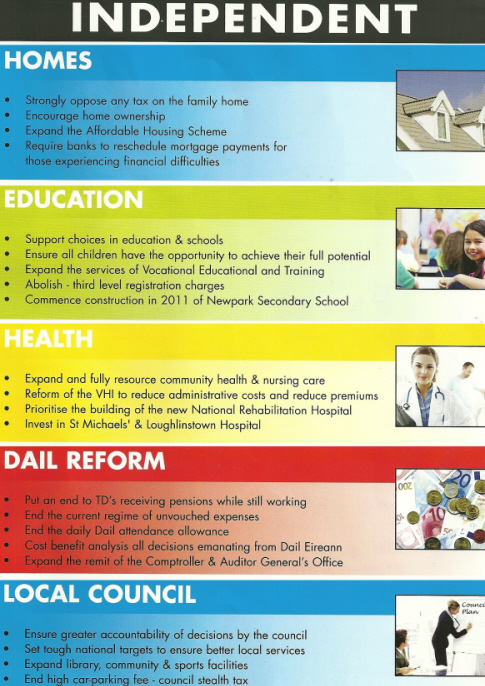