From the 1997 General Election in Dun Laoghaire, a letter from Fine Gael TD Sean Barrett to constituents outlining the achievements of the Rainbow Coalition.
Sean Barrett was first elected in 1981, was reelected each time until he retired in 2002 before answering the call and standing at the 2007 General Election when he again won a seat. 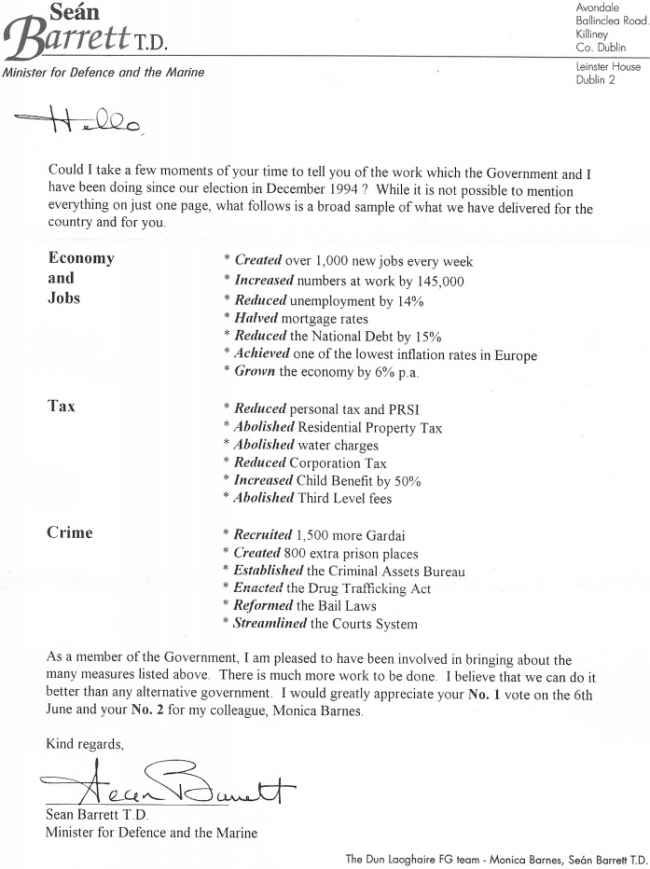