A very interesting Document produced by Fianna Fáil in 2004…..

In 2003 Fianna Fáil decided to carry out a comprehensive Gender Equality Audit. A Steering Group was appointed to oversee the process with independent academic consultants at the Centre for the Advancement of Women in Politics at Queen’s University, Belfast. The Steering Group consideredthe report (which is summarised in the followingpages) and believes it to be a very valuable and constructive document. On the basis of the report,the following Gender Equality Action Plan has beenformulated and is now being submitted to the Fianna Fáil organisation for formal adoption.

A letter to voters from Fianna Fail Local Area Representative Brian Mohan who ran in the North Inner City in the 2014 Local Elections. He had intended contesting the Fianna Fail Dublin Central selection convention until a directive from Fianna Fail to select only a female candidate meant he couldn’t contest the convention. 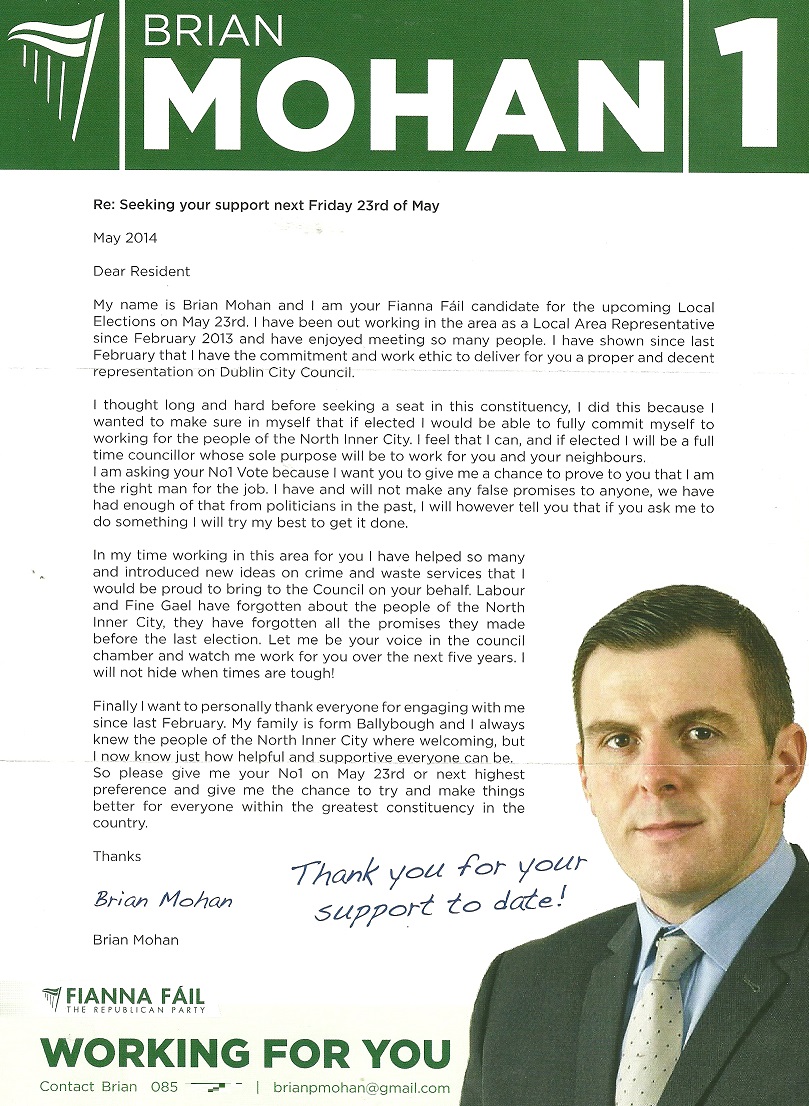