A picture of The Fianna Fail party members elected in the June 1927 General Election. It’s from a 1993 publication “Ceiliúradh an 60ú Árd Fheis” which was a special programme for the party’s 60th Ard Fheis.
Given the centenary of the Easter Rising, it’s interesting to note that among those elected for Fianna Fail in this June 1927 Election, were many associated with the Rising. Those associated with the rising included Seán Lemass, Kathleen Clarke, James Ryan, Gerald Boland, Sean T O’Kelly,Seán MacEntee, Richard Buckley, Patrick Belton, Éamon de Valera, Constance Markievicz, Paddy Smith and Thomas Derrig. 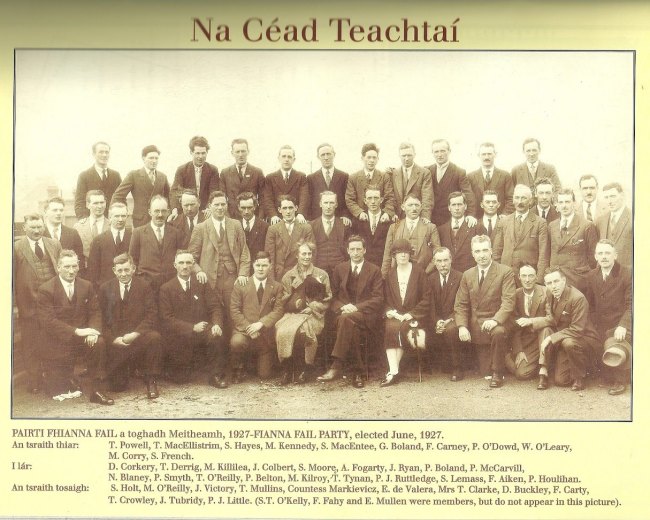 From the June 1927 General Election, “Enough of the Gunmen” a poster for Michael Keyes and Patrick Clancy running for Labour in Limerick. Both were elected. result here
From the wonderful Labour Party centenary set on Flickr 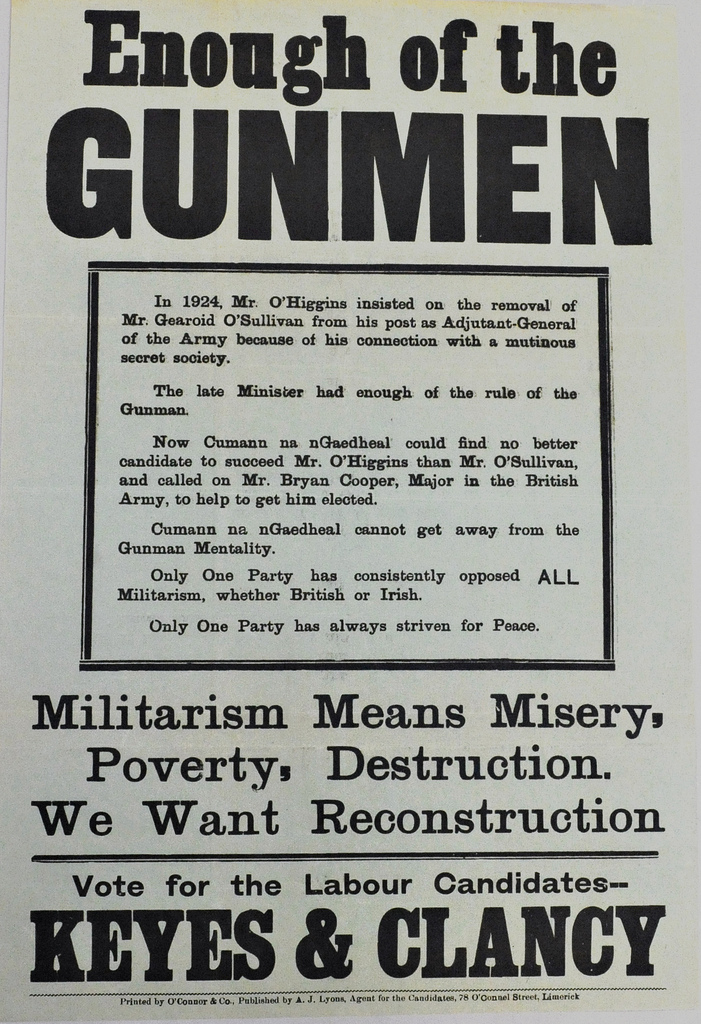 From the June 1927 General Election a leaflet for Cork West Fianna Fail candidates Jeremiah McCarthy, George Ross and Tom Mullins. Mullins was elected.
Note the reference to the Oath of Allegiance and the slogan at the bottom “Vote Fianna Fail and save the Country from Bankruptcy”.
Many thanks to the sender.