A Government Information Services leaflet giving details on the 1979 Adoption Referendum. The Referendum was the Sixth Amendment of the Constitution and it ensured that certain adoption orders would not be found to be unconstitutional because they had not been made by a court.
It passed with 601,694 votes in favour and 6,265 votes against 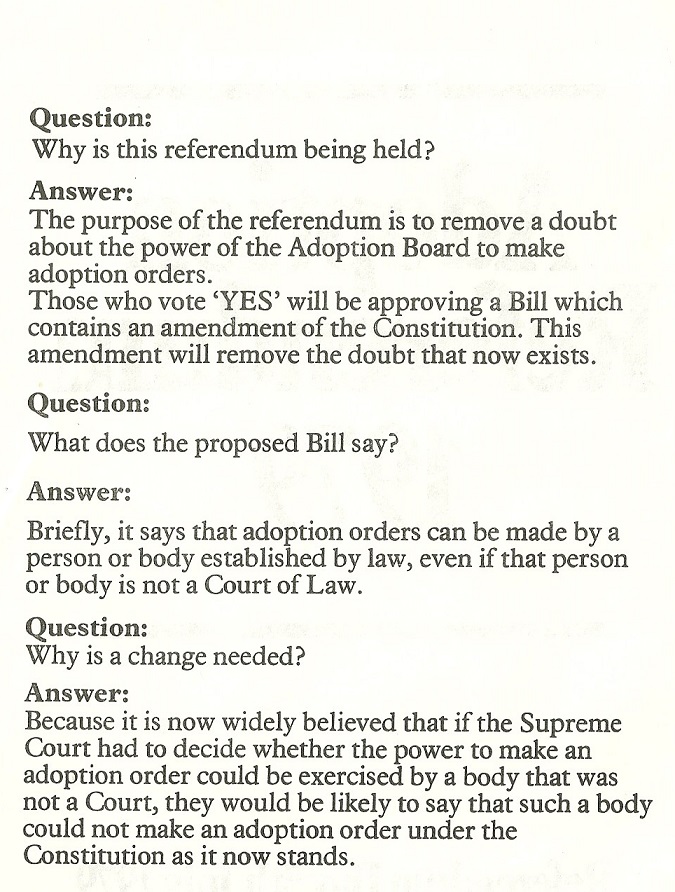 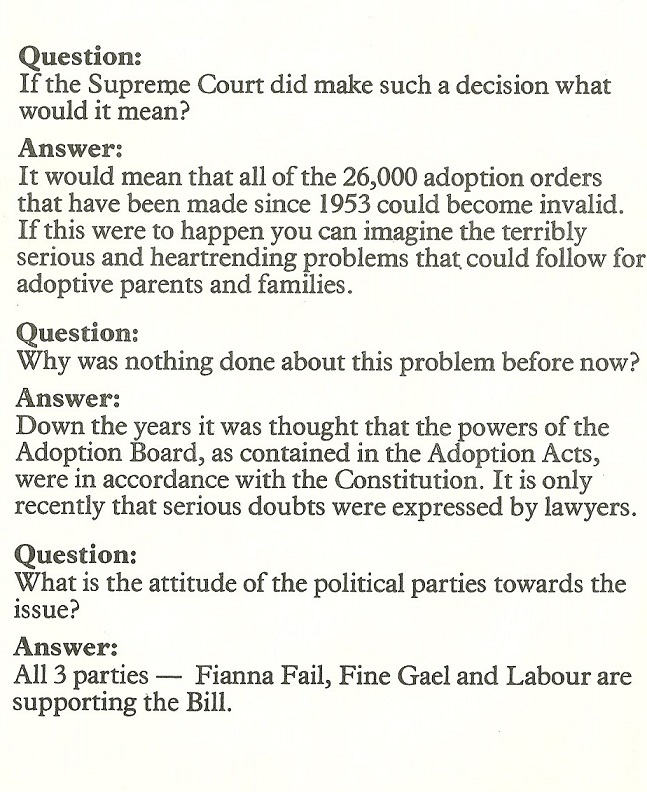 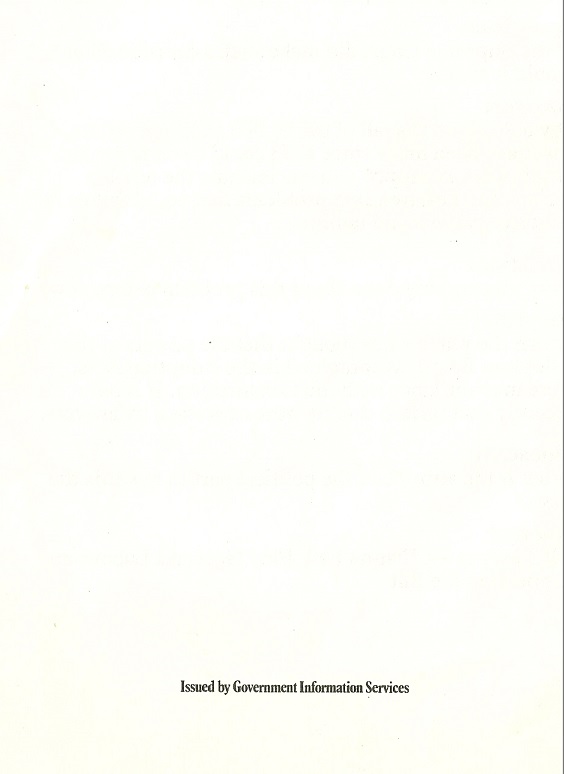