From the 2010 UK Election a leaflet for Independent candidate Sylvia Hermon running in North Down.She was easily elected.
Having been first elected in 2001 as an Ulster Unionist Party candidate, she quit the party in 2010 in protest at the UUP’s alliance with the Conservative Party. She is the widow of Sir Jack Hermon, former Chief Constable of the RUC. 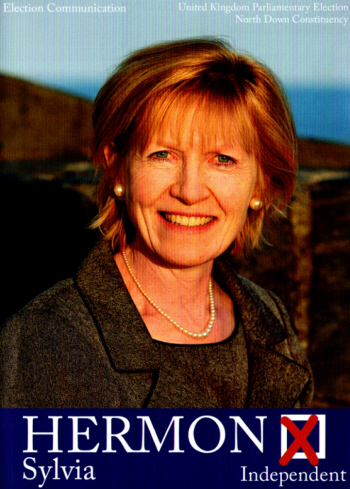 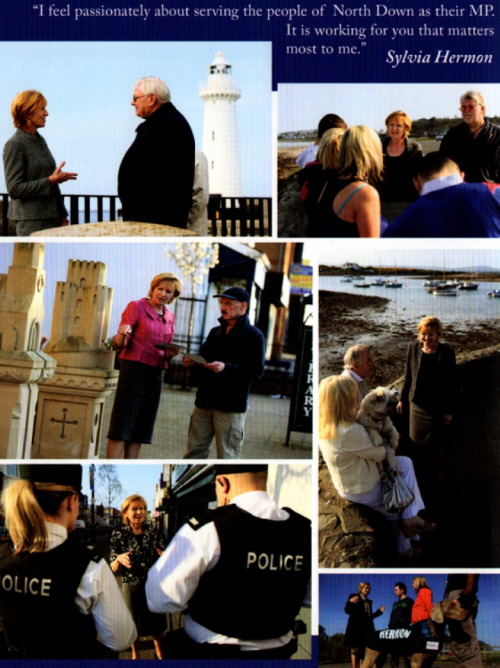 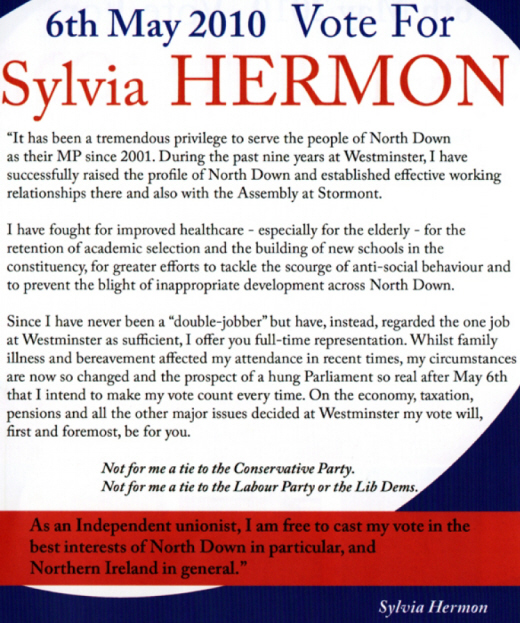 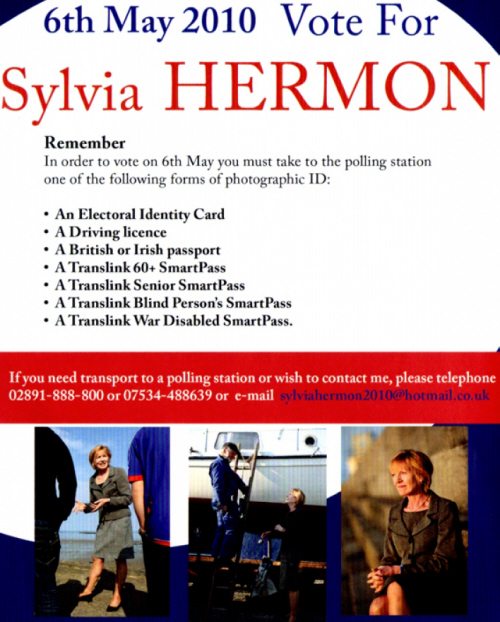